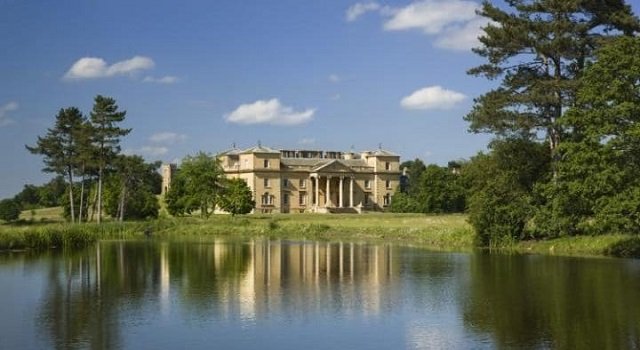 When the great 18th-century landscape gardener Capability Brown laid out the parkland of Croome Court he must have hoped visitors would continue to enjoy his views and vistas for generations to come.

What he certainly could not have anticipated were proposals for those visitors to speed around his gardens on a specially built cycle track – especially as the two-wheeled contraption had yet to be invented.

A row has broken out over a National Trust plan to build a four-mile cycle and pedestrian trail circumnavigating the grounds, as part of a long-running restoration of the Worcestershire neo-Palladian mansion, opened in 1760.

The trust says this will allow visitors to make the most of the park’s extensive grounds, explore them more fully and encourage a new crop of visitors to enjoy its stunning vistas.

However, critics say a cycle path would interfere with Brown’s vision for Croome Court, his first major commission.

They argue it would be completely out of keeping, particularly given the care taken in restoring the grounds to Brown’s original plans.

This involved felling trees he would not have used and ensuring that the livestock is similar to that of the early 1800s. Around £5 million is also being spent on restoring the mansion itself.

But Severn Stoke & Croome d’Abitot parish council said the track would undermine that good work, adding: “There is an inconsistency verging on incongruity in the concept of a cycle route around Croome Park.”

Others have accused the trust of trying to introduce features more suitable for a theme park than 18th century gardens.

Local resident Phillipa Hicks said: “Croome is a special place. The National Trust are custodians of this heritage site and should not be allowed to turn it into their own version of Disney in the countryside.”

Martin Rees, who lives in a property at the converted stables at Croome Court, said: “I have certain doubts that this application is within the general ambiance of the gardens set up by Capability Brown. I’m sure Mr Brown would say ‘No Cycles in my Gardens’!”

The circular route will take visitors from the reception to the Temple Greenhouse, through Menagerie Wood, crossing the main driveway, past the icehouse and back to the visitor centre.

Others fear an influx of visitors using the cycle path would ruin the tranquillity of Croome Court. Richard and Julie Wooding, who live in nearby Kinnersley, said: “This will bring in more visitors, which will only add to the already increased traffic since the property opened.”

Jane Patton of the Hereford and Worcester Gardens Trust said: “To those who seek solitude the farther reaches of the park enable a profound empathy with the Georgian world. The introduction of cyclists is completely inappropriate in such a landscape.”

The plans – backed by Worcestershire council, the Ramblers Association and Cycling UK – have been defended by the National Trust.

Hugh Warwick, Croome Court’s warden, said: “The key focus of the track is to encourage our visitors to explore the wider parkland… and get around in all weathers. We have worked very carefully to ensure the design and layout of the trail is as sympathetic as possible.”

Mr Warwick added that the trail would operate a one-way system and is designed to encourage gentle, family rides, rather than high-speed cycling.

The plans now have to be approved by Malvern Hills council.