Cwmcarn Forest Drive – ‘Nothing has hit British forestry like this before’ 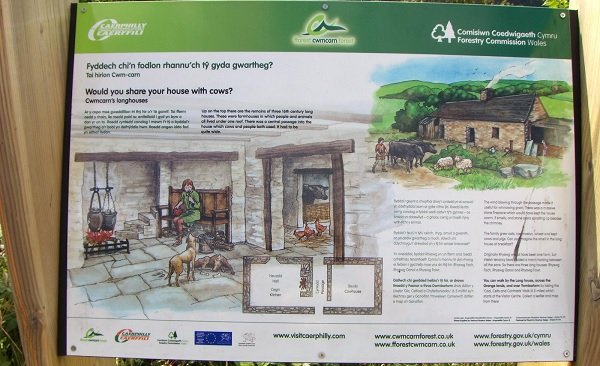 THE large-scale felling of more than 50,000 tonnes of disease-ridden larch trees in Cwmcarn Forest is likely to take more than four years.

The Argus was given a tour of the Forest Drive yesterday by National Resources Wales representatives. It follows the environmental body’s decision to close the seven-mile scenic road through Cwmcarn Forest from November to allow felling teams to remove more than 50,000 tonnes of timber from 400 acres of forestry infected by the untreatable larch disease. They will also be felling trees in the surrounding mountains.

In a statement last week, NRW said no decision has been made about the future of Forest Drive due to the associated costs of repair.

NRW said the decision to close the drive was taken because the road will be used by large forestry machinery and to transport felled trees out of the forest.

Peter Cloke, forest district manager for Natural Resources Wales, said: “It’s a logistical nightmare. It will look really bare and it will be a slow process – probably over four years if we’re being realistic.

“There are so many issues, we are in a lose-lose situation. To harvest this amount of trees in this sort of terrain is extremely complex.”

Mr Cloke said the extent of the damage to the trees had hit the forestry community hard. He added the decision to re-open the drive would partly come down to public sector funding because the road along the Forest Drive will have to be re-laid after the felling work because it is not built for heavy machinery.

He added: “Nothing has hit British forestry like this before.”

The rest of the Caerphilly council-owned attraction, including the visitor centre, caravan and camping sites, footpaths and mountain bike trails, will remain open during the work, which is scheduled to begin on Sunday, November 2.

Michael Owen, manager of the Cwmcarn Visitor Centre, said: “As far as the visitor centre and its features are concerned, it will be business as usual. We have invested a lot here in recent years. We have a tents site, caravan site, glamping site, mountain biking routes – these will all be going on as normal.

“The impact will be more visual than anything else. We just want to make it clear that people can still come up here.”