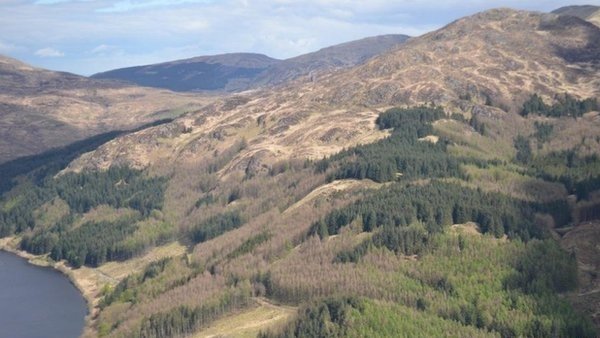 Forestry chiefs say the fight against a killer tree disease in the Galloway Forest Park is entering a critical phase.

Forestry Commission Scotland is working with contractors to clear around a million tonnes of timber affected by Phytophthora ramorum.

It was first found larch trees in the region in 2010.

Although larch only makes up 7% of the total forest area, its impact is said to be significant,.

Much of it is planted close to the park’s three visitor centres, as well as the main walking and cycling routes.

“We’re now producing about a million tonnes of timber out of this one area which is more than the whole of Wales is producing,” he said.

“The contractors are working exceedingly hard as well as our own teams to try and minimise disruption but get the work done as effectively and efficiently as possible.”

He said the weather also played a part in how quickly the work could progress.