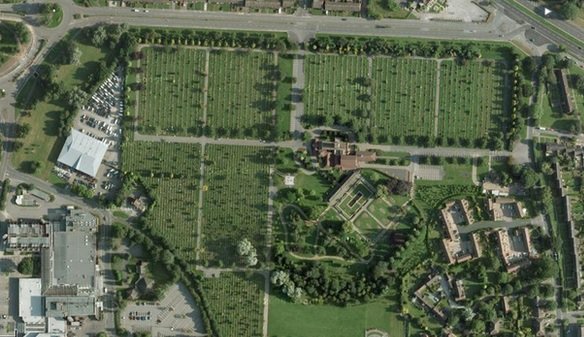 A row of trees and bushes that screen a cemetery from a main road could be removed to make way for 1,200 new graves.

Coventry City Council said it would replace them with a new row of trees at the Canley Garden cemetery, but some people living nearby have objected.

The authority said the alternative would be to spend £1m extending the Lentons Lane cemetery instead.

Expanding the Canley Garden cemetery would cost about £100,000.

The council said there was demand for 300 new graves a year, but that Canley Garden was full.

It described the row of trees and bushes as “overgrown scrub” and said that of the 166 trees in the border area, 124 have defects.

A survey of trees in the city, carried out earlier this year, said they were approaching the end of their “useful life” and that it was time to remove them.

People living opposite the cemetery on Charter Avenue successfully opposed the removal of the trees in 2003.

Resident, Lesley O’Connell, said: “They want to pull out what has taken years to grow, our only bit of niceness around here.”