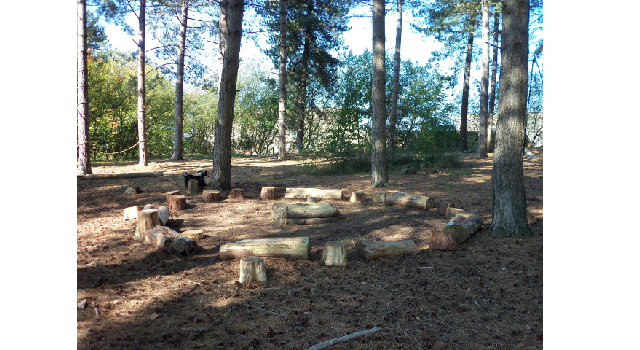 A successful project from Hampshire and Isle of Wight Trust will be featuring on our TV screens this Sunday as part of the BBC’s Countryfile programme.

The programme will showcase the work of the Woodland Therapy Project at Bouldnor Forest which has been running regular sessions for people with mental health issues on the Isle of Wight since 2013. It attracted the BBC for its unique approach to mental health that uses nature as a positive influence.

The programme will feature the Trust’s Woodland Therapy project, which demonstrates how and why access to nature is good for our mental health and wellbeing.

During the filming, a group of clients who attend the sessions were interviewed by presenter, Ellie Harrison, where they were able to express how important the group was to them and the positive changes it has made to their lives.

Hampshire and Isle of Wight Wildlife Trust set the project up after running a very full Forest School programme teaching a range of client groups about nature and skills, where The Trust became aware of the benefits of this approach in building self-esteem, self-confidence and independence.

Countryfile will be screened on Sunday 2 November on BBC1 at 6.20pm