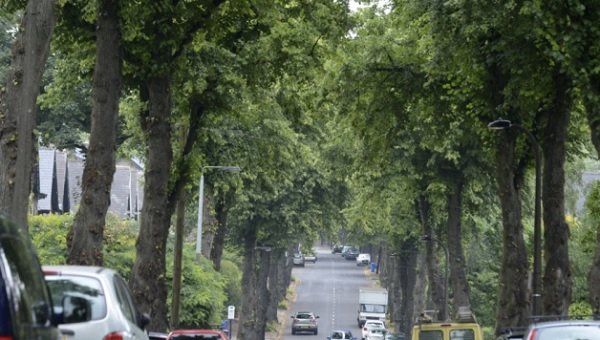 Concerns are being raised that Sheffield could lose its leafy reputation – as figures revealed that hundreds of healthy trees have been chopped down across the city in the past two years.

More than 1,100 trees have been lost in total since the Streets Ahead highways improvement contract began.

A Freedom of Information request found 576 trees were felled primarily because they were causing ‘irreparable damage or obstruction’ to roads or nearby structures – rather than because they were dead, dying or diseased.

But Sheffield City Council says trees are cut down only as a ‘last resort’ and will be replaced.

Coun Jack Scott, cabinet member for environment, said: “It is far more expensive to remove, replace and then maintain a tree, than maintain one that is already there.

“Because we are replacing every tree we take out, in 100 years’ time people will still have a green city and good highways.”

Ecologist Lizzie McBride said: “We understand the importance of health and safety but we believe the removal of healthy trees should always be a last resort, and other options should be explored wherever possible.”

Coun Colin Ross, leader of Sheffield’s Liberal Democrat leader, said it was ‘clear’ diseased trees or those damaging the highway do need to be removed.

But he added: “Residents need to be involved in the conversation and, at the moment, it doesn’t feel like that’s the case.”

Teacher Kirk Davies, of Brooklands Crescent in Fulwood, where 17 cherry and lime trees are to be cut down, said: “It is a tragedy for me and my wife to lose these trees, and there are others on the street who are as emotional, although some just wanted rid.

“Trees are what make streets different, and I know people drive up our road and think it is gorgeous.”

There were 34,833 trees on Sheffield’s highway network as of July. In total 1,191 have been felled since August 2012 – and 936 planted. The council says more are to be put in when planting season restarts in November.

Sheffield Wildlife Trust has arranged a meeting with contractor Amey to discuss issues across the city.