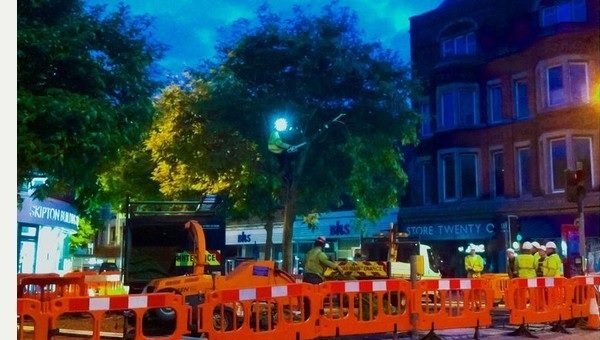 If Devon County Council has to remove a tree for whatever reason, it has pledged to plant two trees in its place.

The assurance was given by Councillor Andrew Leadbetter, chairman of the Exeter Board, during a discussion of how trees might be better protected in the city.

The matter arose after the Echo reported the felling of a popular tree at the top of South Street during footway improvement works.

When contractors removed the paving slabs that were there the roots of the tree were damaged because it had shallow roots and it therefore had to be taken down.

The board is to find out where the two replacement trees are to be planted.

The pavement works at the top of South Street will create a walkway to improve access to the Farmers’ Market.

The work was made more difficult because the paving slabs that were there are no longer being manufactured. As a result, all the paving slabs in the market area have been removed and those that were in good condition have been stored for future maintenance use within the city centre, including areas of High Street.