Council monitoring £375k trees that are failing to thrive 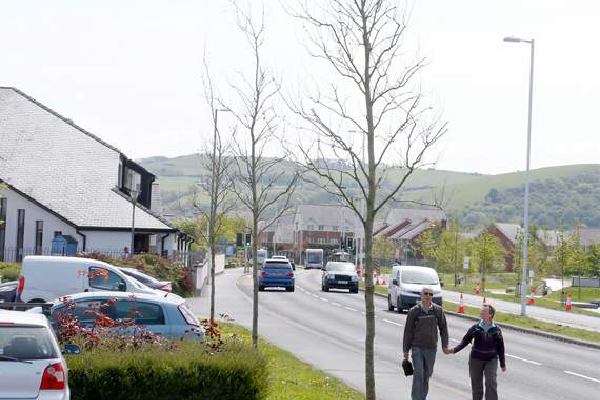 Ceredigion County Council is monitoring trees along the main thoroughfare into Aberystwyth that are failing to thrive.

The trees, a mix of hornbeam, common beech, whitebeam and London planes, were planted along Park Avenue and Boulevard St Brieuc as part of the Coed Aber Project.

More than 300 were planted along the route to brighten up the main entrance into Aberystwyth town for visitors in 2015 as part of a £375,000 project. However, trees along certain sections have failed to leaf, with concerns they may be diseased or dying.

A Penparcau resident, who spotted the trees that were non-thriving along the avenue, said that “something is going very wrong” with the trees and wondered if it was anything to do with the land being contaminated.

“The trees there have been replaced twice in the last two years and never seem to flourish,” he said.

A Ceredigion council spokesperson said: “The original trees planted were Oriental Planes in their first season, and after planting they had just broken leaf when very strong cold westerly winds burnt the leaf cover off the trees. Some of the trees made a slow recovery but with very sparse leaf cover in year two.

“During this monitoring time suppliers advised that London Planes would grow better in a harsh environment, being a more robust tree. Replacement trees were obtained in March and June 2016 with the canopies pruned back to give less leaf cover in their first year. They did well for the first few months but got hit with strong winds in August 2016 that almost defoliated them – due to the timing of this event the trees did not have much time to recover before autumn.

“Last year they made sparse but reasonable growth considering the conditions in 2016, and this year’s wet cold start is proving to be a further challenge for them.”