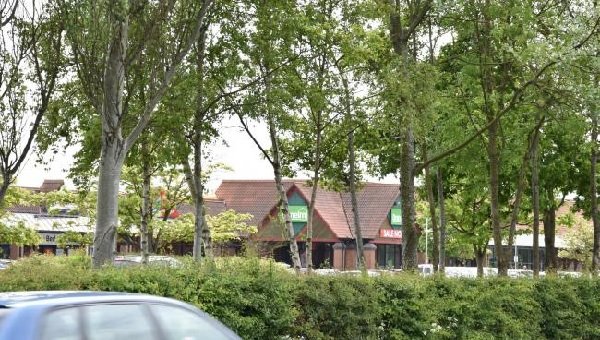 The City of York council have been advised that dozens of trees beside a York shopping centre should be saved from the axe but others can fairly be removed, a city official has said.

Esther Priestley, landscape architect for City of York Council, disputed claims by the owners of Clifton Moor Retail Park that trees between the site and the outer ring road were hiding the shops and thus damaging trade.

The owners wanted to chop down 103 trees, replacing only 12 of them. The trees are covered by a Tree Preservation Order.

Ms Priestley said trees enhanced the shopping experience, but she said there was merit in thinning the line of trees, particularly to allow others to thrive.

She has advised councillors to allow 28 trees to be removed, but to demand that those felled are replaced where possible. She said a phased approach should be taken along the other areas affected by the proposal.

She said in a written report: “This should be carried out over a time span of several years in order to reduce the immediate loss to the visual amenity, and to seek assurance that the proposed approach to the management of the trees can be successful.” The proposal by the shopping centre’s owners has received 125 objections and no statements of support since it was revealed.

Mike Hopkins, director of Jones Lang LaSalle Ltd, which represents the park’s owners, had said the “landscape buffer” was a reason for poor performance at the shops, and said improving visibility of the sites would boost trade.

Ms Priestley said: “There are a number of likely reasons as to why there has been a drop in business at the retail park that are not related to the existing trees. Trees play a critical role in the amenity of a retail park development, and research suggests that trees contribute to a positive retail experience.”

The business wants to fell trees between the A1237 and the eastern area of shops, stretching from Dunelm Mill to the Tenpin bowling site. Ms Priestley said the line of trees ought to have been thinned before now and said the failure to do so meant some were ‘leggy’ or misshapen, and said there was a lot of deadwood.

She suggested allowing the removal of trees from two sections initially, ahead of a phased programme of maintenance.

She said that even if the shop’s owners wanted to improve visibility, they could do this by crown lifting the trees’ lower branches and reducing the height of the hedge and shrubs.

She said most of the trees were deciduous, so the shops were visible through them for much of the year in any case.

The application will be decided by a council planning committee at West Offices at 4.30pm next Thursday (August 4).