Council blunders over controversially felled trees to be highlighted 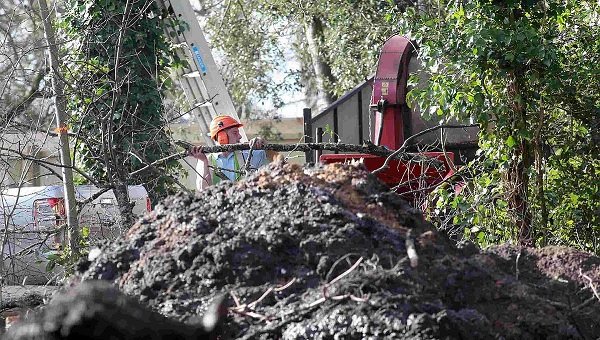 Council failures over controversially felled trees will be highlighted at an important meeting on Tuesday.

And plans to overhaul current procedures at Christchurch council will be detailed by officers in a bid to ensure a similar blunder does not happen again.

The scrutiny committee meet at Christchurch council on Tuesday at 6pm to discuss the issues surrounding the felled trees in Druitt Gardens.

The meeting was postponed earlier this year due to an application for a judicial review into the incident where four trees were cut down at the Christchurch beauty spot.

The trees were cut down in February, just weeks after councillors voted to put preservation orders on them.

The developers, Renaissance Retirement, who were granted permission to build a retirement complex on the adjacent Cornfactor site last year, say the trees were damaged on two separate occasions during an archaeological dig.

Before the March meeting was postponed, the council admitted ‘a number of errors’ were committed over the felling saga.

The initial report said mistakes were made over previous planning permissions, flaws in last year’s consent, gaps in members training and time pressures.

According to the March report, officers incorrectly thought there was permission from 2007 in place to fell the trees.

And under the incorrect assumption, officers believed TPOs could not be enforced. However, when the council sought independent legal opinion earlier this year, it was revealed no permission ever existed to fell the trees and the member-approved TPOs were put on the trees.

But due to ongoing talks between Renaissance and the council, independent counsel warned the authority that the developer had the legal right to carry out ‘all necessary works’ to get their building underway.

Now the judicial review is not proceeding after the council admitted their shortcomings, the new meeting will focus on improvements to the planning service, which include ensuring staff check historical records, creating training programmes for members and officers and copying practices from other councils.

The report adds: “The improvements will take time to deliver changes to working practices at both an officer and member level but are essential if the council is to have in place a modern and professional planning service which compares favourably with the best up and down the country.”