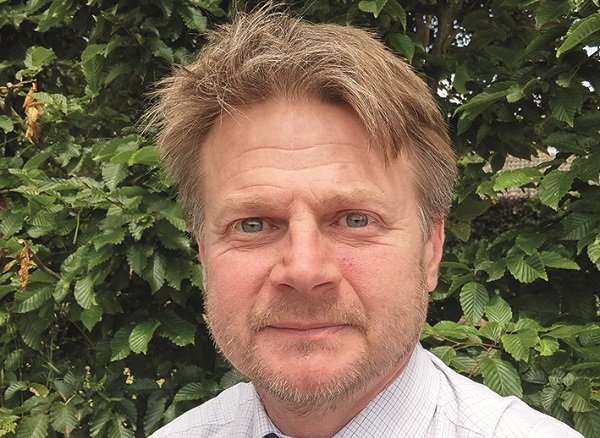 Ash dieback’s march across Europe brought it to the UK in 2012. There may not be a cure but recognising the symptoms early on may help with its management.

It is three years since Chalara Ash Dieback was first identified in the UK in imported nursery stock and in the wild in East Anglia. This disease affects the native common ash Fraxinus excelsior as well as other non-native but widely planted species such as F. angustifolia and F. ornus. Ash dieback does not have any known effects on
human health and is not known to infect other members of the Oleaceae family such as privet. DEFRA banned the import and movement of ash trees in October 2012 and this ban remains in place.

The disease is caused by the pleomorphic ascomycete fungi Hymenoscyphus fraxinea (anamorph Chalara fraxinea). This pathogenic fungi is native to East Asia and was fi rst identified in Europe in ash trees in Poland
in the 1990s.

The fungus is thought to have arrived in Europe via infected timber imports but it is spread in the wild by wind-borne ascospores. It is now found throughout mainland Europe and has had a significant impact on forest and landscape ecology. Since 2012 isolated outbreaks of the disease have been confi rmed throughout mainland Britain (many of which may have been down to imported nursery stock) but East Anglia appears to be the disease hotspot. It may spread at the rate of 10-30km per year via wind borne spores but the movement of infected timber can also lead to isolated outbreaks.

Initial symptoms occur soon after leaf burst with discrete areas of wilting foliage in the crown. Dieback extends back along the branch during the growing season and causes the bark to change colour from healthy olive green through to light brown, cinnamon and even purple, with clearly delineated boundary zones.

Infected leaves turn dark brown/black and remain on the tree through the growing season into the autumn. Aff ected leaf petioles often remain on the tree throughout winter. The fungus reproduces sexually in the leaf litter with spore release coinciding with leaf burst the following year. The pathology of the disease is such that infected trees succumb annually with a progressive dieback that may lead to rapid decline and death of young trees and coppice stools within three years of infection.

Older trees may show greater tolerance due to lower fleshy shoot extension and greater reserves (leading to extensive epicormic growth in the inner crown and stem) but the prognosis appears to be the same. The disease causes significant dark staining in affected
branches and timber.

Evidence from European ash trees indicates that it is most unlikely that any resistant trees will be found in the wild
population. However, given that ash trees reproduce sexually through wind-borne pollination there is the theoretical possibility of resistant trees occurring naturally.

The disease is different from Dutch Elm Disease and the decline of the English elm which relies upon the movement of the elm bark beetle (Scolytus spp.) but in terms of its predicted impact on the ecological and cultural environment it may be said that the diseases are of comparable significance.

Jon Ives is senior arboricultural consultant at CGM Group in Norfolk, carrying out site survey and specialist consultancy services. He studied arboriculture and amenity forestry at the University of Aberdeen and retains links with its research departments. www.cgmltd.co.uk