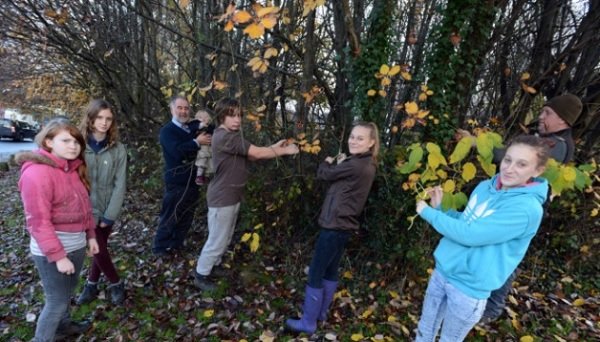 Volunteers who planted hundreds of trees at a city ‘oasis’ decades ago could now see them axed to make way for a new bus lane.

Heeley City Farm is objecting to the planned Gleadless key bus route because they involve felling 188 trees on the land the farm leases from Sheffield Council.

The farm says the loss will have a ‘severe’ impact on the environment and wildlife, there is not enough land nearby to replant the trees and consultation has been limited.

Creating the bus lane would mean trees on Prospect, Spencer and Myrtle Roads in Heeley – around the farm and the Heeley Millennium Park – would be felled.

John Le Corney, chief executive of Heeley City Farm, said staff had asked council officers what evidence there was that the scheme would speed up traffic and encourage public transport use.

He added: “They said ‘it’s too complicated’ for you to understand.

“If it is too complicated for us to understand then how will councillors, who are lay people too, understand when they are making the decision?

“The ironic thing is that when the farm started 30 years ago the council wanted to build a big road through the area so we have almost come full circle, we planted the trees at that time and now they want to come and chop them down again.”

The council’s own tree condition survey also said: “It is quite possible that there is insufficient space to replace the number of trees that would need to be removed.”

Resident and bus user Mike Reid has written to the council suggesting alterations to the scheme to reduce damage to trees and parkland.

Coun Leigh Bramall, Sheffield Council’s cabinet member for development, said a decision on the scheme had been delayed for further consultation.

It will now be made in January.

He added: “We are currently consulting on proposals for a new bus lane as part of a number of measures to improve public transport reliability and ensure Sheffield has a first class bus network.

“We are working to deliver a scheme that maximises benefits whilst minimising any environmental impact.”