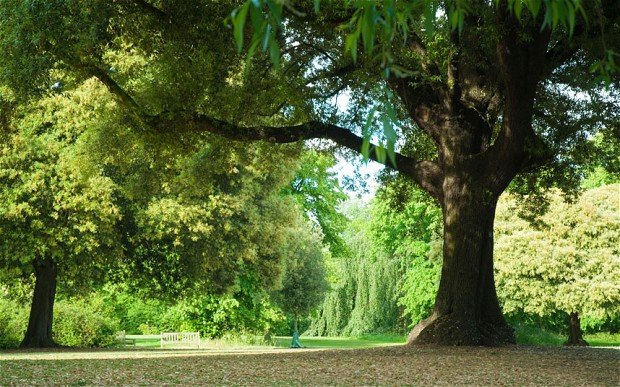 A tree surgeon dislocated his hip after falling more than 18 metres to the ground when the limb of a diseased tree he was working on gave way, a court heard today.

Daniel Hunt, 40, from Lydney, also suffered cuts and bruising in the incident at Courtfield Drive, Charlton Kings, Cheltenham, on 18 April 2013.

The fall occurred as he helped to cut down a damaged chestnut tree that had shed another limb a few days earlier.

Richard Cole, who contracted self-employed Mr Hunt to do the work, was prosecuted by the Health and Safety Executive (HSE) after an investigation found the work was poorly planned.

Stroud Magistrates’ Court heard that Mr Cole, trading as Richard Cole Contracting, had in turn been contracted by Gloucestershire County Council to remove the tree as a matter of urgency.

Mr Hunt worked in the tree while five direct employees of Mr Cole carried out ground work. Richard Cole provided an elevated work platform, chainsaws and equipment to lower parts of the tree to the ground, while Mr Hunt used his own climbing equipment.

Mr Hunt used the platform to access the tree before attaching himself with a rope and steel strap that was also attached to the platform via another rope.

He started to cut the limb of the tree to which he was attached. However, while he was cutting away the section above his anchor points the whole limb collapsed and fell away from the trunk of the tree. Mr Hunt fell with the tree limb and the rope attaching him to the platform snapped.

HSE’s investigation found the risk assessment for the work was inadequate as it should have identified the need for a more suitable work platform. The work could have been undertaken from a larger platform, meaning that Mr Hunt would not have to had physically climb  into the tree to cut it.

Richard Cole, trading as Richard Cole Contracting, of Longcombe, Totnes, pleaded guilty to breaching Regulation 4(1) of the Work at Height Regulations and was fined £2,000 and ordered to pay £780 in costs.

“Mr Hunt has suffered a serious injury, but given the height from which he fell, the consequences could have been far worse.

“This needless incident could have been avoided if Richard Cole had provided an appropriate sized work platform for Mr Hunt to work on. This would have been identified if an adequate risk assessment and plan had been provided.

“Falls from height are one of the biggest causes of workplace fatalities and major injuries. Work at height must be appropriately planned and the right equipment provided for the work. The work must be undertaken by competent people who can stop the work and re-assess the plan so the work can be undertaken safely.”

Further information about working safely at height can be found on the HSE website at www.hse.gov.uk/falls