Consultation on control of Forestry Commission to end 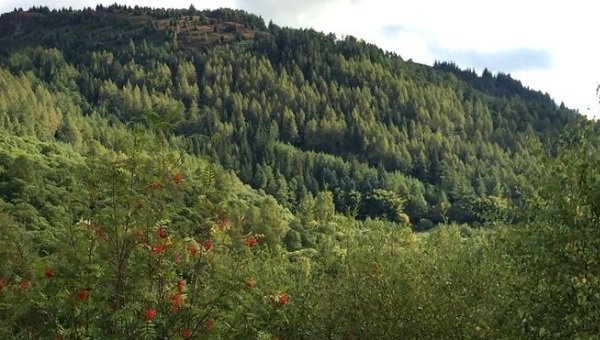 A consultation that could spell the end of Forestry Commission Scotland will end later.

Some forestry management is still overseen on a UK level, but the Scottish government is pushing for complete devolution of the sector.

Proposals include the creation of a new body to manage the country’s forests, a dedicated Holyrood Forestry Division, and a new legislative framework.

The consultation on the future of forestry management in Scotland was opened on 1 September. It will end at midnight on 9 November.

While Holyrood currently determines overall strategy and policy for forestry in Scotland, management remains the preserve of the Forestry Commission, a cross-border public authority.

The draft bill from the Scottish government would see a new agency – Forestry and Land Scotland – being created to manage all publicly-owned land and plantations.

The Forestry Act of 1967 would be replaced with what ministers have called “a modern approach to the development, support and regulation of forestry”.

The policy and regulatory functions of the Forestry Commission would be absorbed into the civil service – something campaigners have said will lead to a loss of professional forestry expertise.

Rural Economy Secretary Fergus Ewing said: “Firstly, we think that forestry should be directly accountable to the people of Scotland through the Scottish government and the Scottish Parliament. This bill will do that.

“Secondly, of course forestry is hugely important to Scotland, employing 25,000 people and generating £1bn a year – and it can be even more successful still.

“So we have ambitious targets to plant more trees to achieve our environmental targets and also further to grow a very successful part of Scotland’s rural economy.”

But Charles Dundas, from the Woodland Trust Scotland, has cautioned against some aspects of the bill.

He told the BBC: “The Forestry Commission is one of the best delivering public agencies in Scotland. It delivers on bio-diversity, on climate change and so many of those really important issues that we don’t want to see that good work lost.