Confor urges industry to look ahead as Scottish targets are smashed 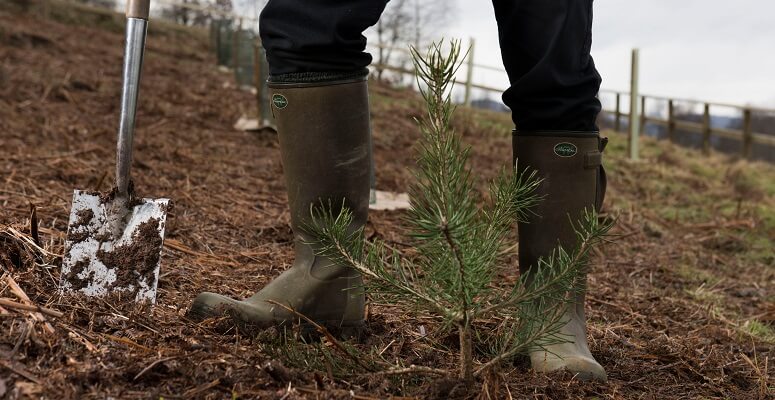 More than 10,000 hectares of new woodland have been planted in Scotland for the first time in almost 20 years. Confor has welcomed the figures – 11,200 hectares of new planting, up from 7,100 the previous year – and called on the forestry industry to maintain the momentum and drive on to meet the next landmark Scottish Government target of 15,000 hectares by 2025.

Stuart Goodall, Confor’s CEO, said: “I’m delighted that we’ve met and gone well beyond our planting target in Scotland. This is great news for the sector, but also for all Scotland now that the First Minister has announced a climate emergency.

“Planting trees locks up carbon and by harvesting and replanting them sustainably, we can produce an infinitely renewable supply of wood with which to build homes and to manufacture an array of everyday products – while also reducing carbon in the atmosphere.

“Scotland is leading the way in the UK, with 84 per cent of all new planting happening in Scotland.

“Confor has worked long and hard with the Scottish Government to get to this point and I truly hope the momentum will be maintained in the coming years. We now need the rest of the UK to move beyond ramped-up rhetoric on a climate emergency and begin to take the positive action that we see in Scotland.”

Confor has set a target of 18,000 hectares of new planting annually in Scotland by 2030 as part of its ambitious but achievable targets to drive up UK-wide planting to help mitigate climate change – part of Confor’s campaign #ThinkGlobalPlantLocal.

“Fergus Ewing supported the 18,000 hectare target when it was announced, although it went beyond existing Scottish Government targets, which is very positive,” said Mr Goodall. “We look forward to continued constructive partnership with Scottish Government, Scottish Forestry and all stakeholders to keep driving up planting to deliver multiple benefits, including creating jobs, supporting wildlife and tackling climate change.”

Cabinet Secretary for Rural Economy Secretary Fergus Ewing said: “This is fantastic news that we’ve smashed the targets. It is testament to the Scottish Government making forestry a priority and investing and helping growing the industry. The whole tree planting effort has truly been a national endeavour with all forestry interests, both large and small, pulling together.”

The statistics were released the day after the UK Government signed up to deliver net zero carbon emissions by 2050. Successive reports by the Committee on Climate Change have highlighted planting new forests as crucial in removing atmospheric carbon and reaching the net zero position.

Mr Goodall added: “It is also encouraging that the conifer percentage of the new planting is higher than in the last decade, as they will be the lifeblood for the Scottish timber processing industry of the future and help both Scotland (and the rest of the UK) attain future new housing targets – and deliver many of the wood products we all use.”

Andrew Heald, Confor’s Technical Director, said: “What is particularly good to see is that so much of this new woodland has been created at relatively small scale by farmers and estate owners, indicating that the message of integrated land use is better understood. There is much greater understanding that planting trees can provide excellent shelter-belts for livestock, helping with animal health and welfare and a diversified income in the long term.

“We also welcome the investment by others to buy land and create larger new forests and woodlands. We need that mix of large and small areas of planting to deliver on our wide-ranging economic, environmental and social ambitions.”