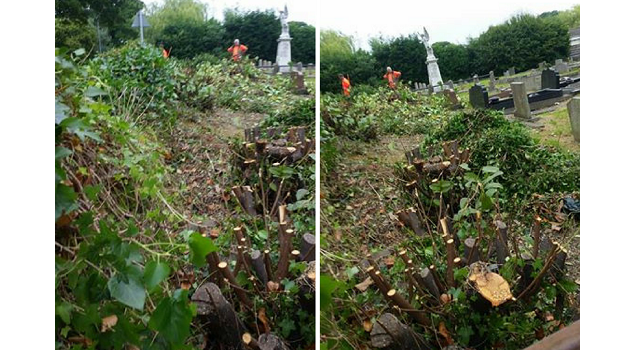 A Bottesford resident has complained about the council ‘destroying trees and wildlife’ during bird nesting season.

Liz Allen contacted the Scunthorpe Telegraph after witnessing work being carried out by North Lincolnshire Council at St Peter’s Church in Bottesford.

The resident took some photos on the day (June 20) as evidence.

She said: “North Lincolnshire Council have destroyed trees plus valuable wildlife habitat at the height of the birds nesting season.

“There is The Wildlife and Countryside Act in place, supposedly, to prevent actions like this and North Lincolnshire Council will be more than aware of this.

“Upon speaking to a worker, he stated that ‘the birds nesting season is over’. It was June, we are in the middle of it.

“Too late now to stop it this time but hopefully in the future.”

A spokeswoman for the local authority said: “Due to health and safety reasons, we have cut some shrubs down at St Peter’s Church in Bottesford.

“The shrubs were overgrown and restricting access to the footpath. Before the work was carried out, we ensured there were no nests in the shrubs.”