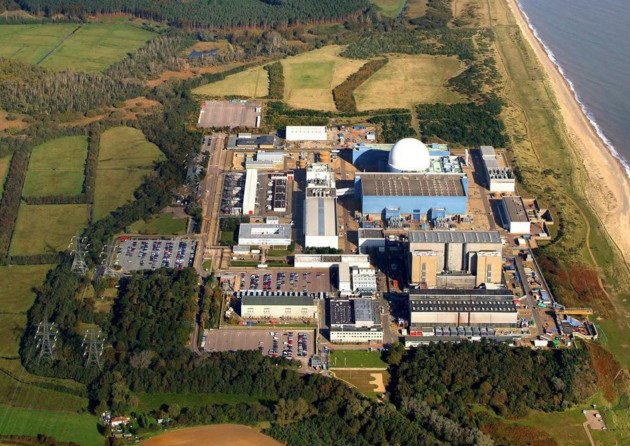 The remaining part of a woodland planted to commemorate the coronation of George V is set to be bulldozed to make way for the relocation of some of the Sizewell B power station buildings.

The existing buildings, including a visitors’ centre, training centre and car park, are in the way of plans for a £16billion Sizewell C nuclear power station.

Proposals to clear the wood – planted by the Ogilvie family in 1911 and partly felled to make way for the Sizewell A power station in the late 1950s – are revealed in what is known as a “scoping report” sent by EDF Energy to Suffolk Coastal District Council.

Also to be developed, in this case mainly as a 570-space car park, is the nearby Pill Box Field, which is only a few hundred yards from cottages at Sizewell.

The car park would be used by the huge workforce of contractors which descends on Sizewell when, about every 18 months, the B station closes down for refuelling and maintenance “outages”.

If Sizewell C goes ahead it would also be used during outages at the two new reactors.

Coronation Wood and other woodlands and land at Sizewell were sold to the former Central Electricity Generating Board more than 65 years ago by the landowner under threat of compulsory purchase.

The scoping report is a pre-cursor to a formal planning application which will be submitted after initial consultations with local authorities and conservation agencies are complete.

It suggests that the relocation of the B station buildings will take four and a half years to complete and, at the peak of construction, there would be 70 lorry deliveries a day and a workforce of 175.

Pat Hogan, who lives in Sizewell and represents the village on the Sizewell Stakeholder Group (SSG), said: “We are very concerned about the development and the impact it will have on the village and the rural nature we have tried to preserve.”

Joan Girling, who lives in Leiston and is a former county councillor, said she was “very disturbed and concerned” about the new proposals.

“EDF is spreading nuclear development into an increasingly large part of east Suffolk,” she added.

Pete Wilkinson, Suffolk based environment consultant and co-opted SSG member, said: “EDF appears happy to sacrifice the woodland on a whim. It is heartless.”

County and district councils have been keen for the woodland to remain because it acts as a screen to hide part of the Sizewell complex.

An EDF spokeswoman said the new facilities, including a visitor centre which would serve both the B and C stations, would be established before the existing buildings were demolished.

“EDF Energy will consult the local community on the proposals and carry out further technical and environmental assessment before submitting a planning application to the local authority next year which will detail any measures needed to mitigate any significant adverse impacts,” she added.