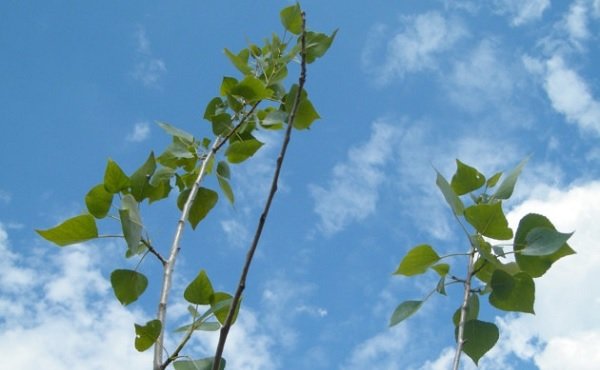 Across East Anglia there are “ballerinas” who like getting their feet wet but have a somewhat embarrassing personal problem in their relationships with the opposite sex. That may well sound bizarre, saucy and surreal. But if we dig deeper into the story, however, we find that there is a serious side to it.

The “ballerinas” in question are perhaps the rarest trees in Britain – the native black poplars which once featured strongly in the landscape of many an East Anglian river floodplain and wet meadow but which have now become increasingly scarce. Their little personal problem hasn’t helped. But conservationists are using a combination of old-fashioned tender loving care and cutting edge DNA science that involves clone banks to ensure that the black poplar’s account does not slip into the red and the species can remain as an East Anglian emblem – a poplar that can populate our landscape for years to come.

One of the region’s most passionate black poplar proponents, Suffolk County Council’s senior ecologist Sue Hooton, is one of a dedicated team of conservationists working hard to give the tree a future.

There were thought to be less than 8,000 specimens left in Britain, she said, and the black poplar was designated as a UK Biodiversity Action Plan species as it so vulnerable. In Suffolk, a county register containing records of about 430 specimens is held by the Suffolk Biological Records Centre and Mrs Hooton is the county’s official recorder for the species.

“The black poplar is one of our most iconic trees and it is very beautiful,” she said. “It is often dubbed the ‘ballerina tree’ because it can tower up and go into a very graceful ‘Y’ shape reminiscent of a ballerina’s arms, but it is a ballerina who likes to have wet feet and who does have a bit of a problem with sex.

“The tree is associated with wet meadows, river valleys, streams, ditches and farm ponds. Females produce masses of fluffy white seed that some people regard as a nuisance and so they were rarely planted. For the tree to regenerate naturally male and female trees must grow fairly closely together and fertilised seed must fall on bare mud or silt which must then remain moist until autumn for the seedling to establish.

“This habitat has become very rare due to floodplains being drained for agriculture or development and so now the tree is usually regenerated from cuttings.”

Hence the clone banks – two of which are located at sites in the valleys of the rivers Stour and Waveney which although are not exactly top secret, are rather low-profile and rarely visited by anyone other than black poplar aficionados.

The Stour Valley clone bank is being masterminded by Neil Catchpole, who is one of the countryside officers for the Dedham Vale Area of Outstanding Natural Beauty and Stour valley Project.

The current site had been in use since 2012, following work carried out for 14 years at another clone bank nearby at Daws Hall, Lamarsh, which had been established in 1997 by his predecessor, Peter Ennis, said Mr Catchpole.

Almost 1,000 cuttings had been produced at the original location and supplied to various people across East Anglia but the bank had to close in 2011 due to what appeared to have been a fungal disease outbreak and the process had to be started again from scratch.

A move to the current site took place in the winter of 2012/2013, and valuable lessons had been learned about the specific requirements of the species, he said.

Cuttings were currently in their second growing season and, following DNA testing carried out by the Forest Research arm of the Forestry Commission, the bank was known to contain 14 different genome types.

After pollarding, the cuttings would be transferred to a nearby nursery plot and in perhaps four years time they would be ready for a new life in suitable habitat across the valley and beyond.

The species had suffered as a result of the changing times, said Mr Catchpole. “Its timber is noted for being fire-resistant and so used to be used for the frames, fireplaces and floorboards in buildings and it is a spongy shock absorber so it was ideal for carts and wagons. But in the 18th and 19th centuries new strains of poplar were introduced from aborad and these hybrids were even faster growing and produced straighter timber.

From the middle of the 19th Century the native black poplar ceased to be planted and virtually all the trees remaining today date from around that time.

“It would be such a shame to lose it completely. It is very much a landscape-type of tree, not a woodland one, and it is also very important for many kinds of wildlife, especially for insects such as the poplar hawk moth, and it provides nesting sites for owls and roosting sites for bats,” said Mr Catchpole.

“It is a part of our East Anglian heritage and we want to make sure many future generations can enjoy seeing in the same way that we do.”

n More information about black poplars and other Biodiversity Action Plan species can be found at www.suffolkbiodiversity.org