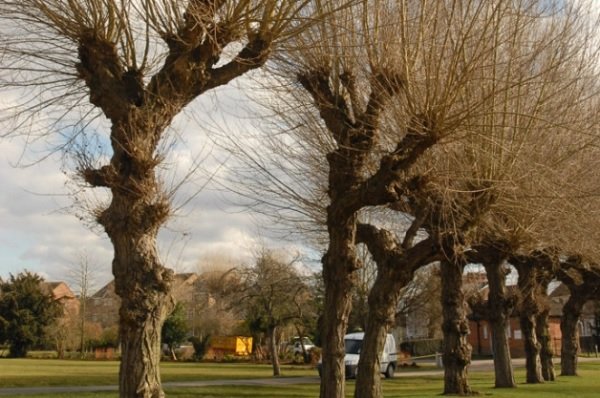 A clone bank in Aylesbury which has helped save a rare species of tree is to be rolled out across the country.

The National Black Poplar Clone Bank was established by Aylesbury Vale District Council in 2011, creating a collection of cuttings taken from genetically distinct trees from all over the UK.

A report authored by the council’s bio-diversity team says the clone bank ‘has now matured to the degree that cuttings can now be taken to establish other clone banks around the country’, maximising the ‘genetic diversity’ of the stock and aiding ‘sexual reproduction of the species and increase resistance to disease’.

Aylesbury Vale is thought to hold up to half of the native population nationally of the endangered species, which are featured in many quintessentially English landscape paintings such as Constable’s The Hay Wain.

But the magnificent species is also one of the UK’s rarest, due to the loss of its natural habitat.

And in March AVDC’s biodiversity group will share its knowlege with similar conservation projects at an international Black Poplar Conservation Group conference it is hosting at College Lake, near Tring.

It has set up a partnership with Landscape Matters tree nursery, in Kingswood, to supply native black poplars on a commercial basis. authority receives £1 for every tree supplied and, given that it has control over planning applications, it can ‘ensure that native Black Poplars are planted wherever appropriate’, contributing to ‘conservation of the species and a financial gain to the council’.

The new Arla development landscape scheme saw 3,000 black poplars planted at the biodiversity team’s request, representing a 25% increase in the UK population of the trees.

And the new Kingsbrook development to the east of Aylesbury will create the UK’s largest black poplar woodland.

Black Poplars have been championed for decades by Winslow man Roger Jefcoate, who first alerted the council to Vale’s special relationship with the trees 30 years ago.

In 1999 the UK Black Poplar Conservation Group was set up by AVDC’s biodiversity team with the objective of co-ordinating conservation efforts nationally.

He has been on a mission to repopulate the countryside with black poplars ever since he heard a retired Kew Gardens botanist on the radio describing the endangered trees, and realised he could see them in the area around Mursley.

Within two or three weeks, he had identified about 100 trees, and began his personal project to plant more male and female black poplar cuttings.

Mr Jefcoate has grown and planted hundreds of black poplars throughout the Vale as well as Britain’s Royal parks, Buckingham Palace, Sandringham, Lambeth Palace, Chequers, and he even replaced those painted by John Constable at Salisbury Cathedral.

In 2010, he was asked to supply black poplars for planting in every London borough to commemorate the Queen’s Diamond Jubilee.