How to choose the right trees to grow 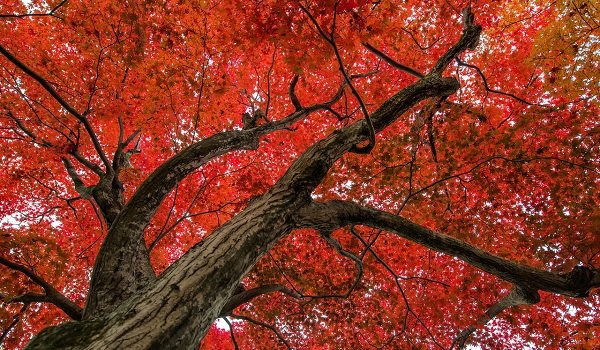 One of the best ways to widen your planting horizons is to visit a specialist grower. At Bluebell Nursery in Derbyshire, Robert Vernon and his son (also Robert) specialise in rare trees and shrubs. They are both a mine of information.

Among the less well-known factors needed to get a tree established is that some choice specimens are perfectly hardy when established but are vulnerable to damage by frost after they come into leaf in early spring. As Robert (senior) says:

“Bone hardy species that are completely unfazed by -30C can, especially as young plants, be killed once they’re in leaf by -1C or -2C of frost. A typical example of this would be Acer tegmentosum, one of the finest snake-bark maples.”

It is important to leave such trees unprotected when they are leafless; otherwise, you will encourage them to come into leaf too early, but as soon as the buds start to open it’s worth covering them with fleece or even cardboard/hessian on very cold nights.

Robert (junior) explained that, as they had run out of room in the more sheltered part of their arboretum, they had to plant C. controversa ‘Candlelight’ (a form of wedding cake tree) in the exposed area. Luckily, the late frosts were not harsh enough to kill the trees outright, but the dazzling bright gold leaves are regularly frizzled from late spring frosts before recovering. So plant these in a westerly, sheltered position, away from damaging early morning sunlight which thaws the frozen leaves too fast.

Of the Japanese acers, Robert has found Acer palmatum ‘Osakazuki’, with its chunky leaves, more resistant to late frost; they do scorch but usually come back. One of Robert’s favourite small trees is C. kousa ‘China Girl’, an early-flowering form of the Chinese dogwood. Usually Chinese dogwoods can take around 10-15 years to flower, but this form flowers after two to three years with masses of creamy yellow bracts in June, followed by strawberry-like, edible fruits and flaming autumn colour.

Another underused unusual tree, according to both Roberts, is the elegant Kentucky coffeetree, Gymnocladus dioica. New branches have a striking white bloom in winter. The dark green leaves, up to 3ft (1m) long, are not dissimilar from Koelreuteria paniculata. It will grow to 33ft (10m).

For a flowering evergreen both Vernons recommend Eucryphia x nymansensis ‘Nymansay’ – this grows to 33ft and bears conspicuous white flowers in midsummer. Found in coastal gardens, this superb cultivar also flourishes in their cold garden, in a protected situation.

I would love to plant a Lucombe oak, Quercus x hispanica ‘Lucombeana’. These majestic trees often keep their leaves all winter, though they can also be semi-evergreen. They are difficult to propagate and hence rarely found for sale. Robert suggested the more readily available Quercus x hispanica ‘Fulhamensis’. It has the advantage of tolerating chalky soil, plus fissured corky bark and is also semi-evergreen.

A client of mine wants to plant some cedar of Lebanon (the only exotic tree Capability Brown used in his landscapes), to take over from an amazing specimen that is becoming over-mature. I noticed some newly planted ones in a park recently, quite large specimens several metres high. To establish them at this size requires a lot of care – it is much more efficient to plant trees a foot or so high. Cedars do not develop their wide, horizontal tiers of foliage until they reach 60 years or so. But, when you think of the 400 trees on Mount Lebanon that may be 2,500 years old, why worry?