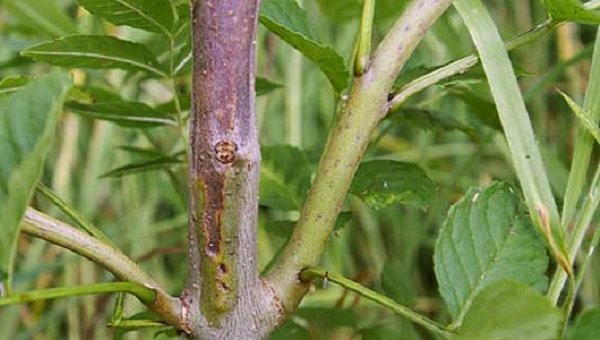 Chalara Fraxinea responsible for ash dieback is a notifiable pathogen within the UK; it is important to report new cases to the Forestry Commission.

Chalara Ash Dieback has been a subject of discussion in the media over the past few years, since it was first identified in a Buckinghamshire nursery in 2012. The disease is widespread across Europe, but has now been confirmed on at least 150 locations within the UK. Initially identified as the pathogen Chalara fraxinea, this fungal disease has since been discovered to have two stages of development; Hymenoscyphus fraxineus (syn. Hymenoscyphus pseudoalbidus) as the sexual and infectious stage, with Chalara fraxinea identified from the symptomatic areas as the asexual stage. It is believed that this disease was both imported on infected plant material from the Netherlands, and blown across the English Channel causing a rapid spread to established ash trees in the vicinity.

Symptoms of this disease can be found on most parts of the tree, although the main symptom is discoloration and development of diamond-shaped lesions around the branch axils. These lesions girdle the stem as the disease progresses (Photograph 1), causing leaves to develop black-brownish discolouration and wilt. Dieback and blackening of shoots and twigs then normally follows (Photograph 2). Prolific epicormic shoots can also be seen on badly affected trees, which are produced as a stress response to compensate for leaf loss. Chalara Fraxinea has also been isolated from the roots of affected trees.

Mortality is common in younger trees, although as a result of infection stress on mature trees, opportune secondary infections such as Honey Fungus root rot can infect often resulting in mature tree death.

Chalara Ash Dieback is spread through spores that overwinter on infected leaf litter, which are thought to be further spread by rain splash or wind. Cultural controls such as removal of infected leaf and twig material are important to reduce the spread of disease. Any tools or equipment used on infected trees should also be sterilised to prevent the spread of spores.

Bartlett Tree Experts are presently undertaking trials of non-fungicidal alternatives, but there are currently no registered products for the control of Chalara Fraxinea. Control measures at present include removal of fallen leaves and improving plant health in an attempt to improve the trees resilience. The felling and burning of infected trees and plant material is only recommended in severely infected trees or where structural weaknesses have been identified (e.g. opportunistic honey fungus infections).