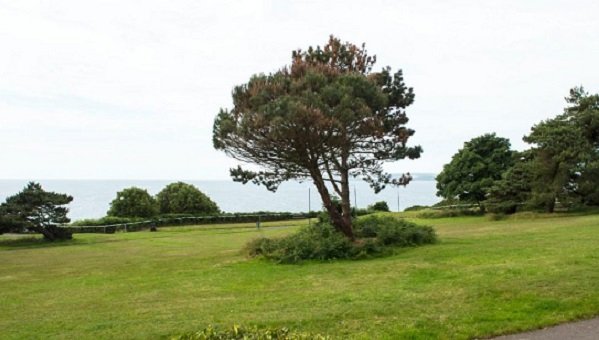 CCTV cameras are coming to West Cliff Green in the next couple of months in a bid to prevent attacks on trees. The decision by Bournemouth council comes after three trees were believed to have been poisoned in the area recently.

Two pine trees were attacked last month in West Cliff Green close to the site of the former St George’s Hotel – both trunks had up to 15 holes drilled in them. A third pine has since been attacked and a “crystal-like” substance has been found on its trunk. Tests are currently being carried out to assess if the substance contains herbicides or toxins. The two affected maritime pines and one Scots pine, which are on public land, are each up to 40 years old but are not subject to preservation orders.

Members of Bournemouth Council’s arboricultural department have also plugged the drill holes with wooden dowel’s to stop any more substances being poured into the tree.

A council spokesman has also confirmed that the authority will be installing CCTV cameras in the area in a bid to prevent further tree attacks. He added: “We will be installing a camera in the vicinity shortly after the Air Festival at the end of August.”

It is the latest in a long line of incidents where trees which obstruct magnificent views of the seafront in Bournemouth and Poole mysteriously receive fatal wounds or are poisoned. Chris Colledge, from West Cliff Residents’ Association, said: “No words are sufficient to express the outrage and anger of this recent discovery that two other trees being drilled and poisoned.

“In my capacity as Neighbourhood Watch Coordinator I ask all residents to please be vigilant and look out for any suspicious behaviour around trees on the West Cliff Green and report it immediately to the police on 101 making reference to crime number 55160093780.”

Dorset Police has said it was investigating the damage, but no arrests had been made.