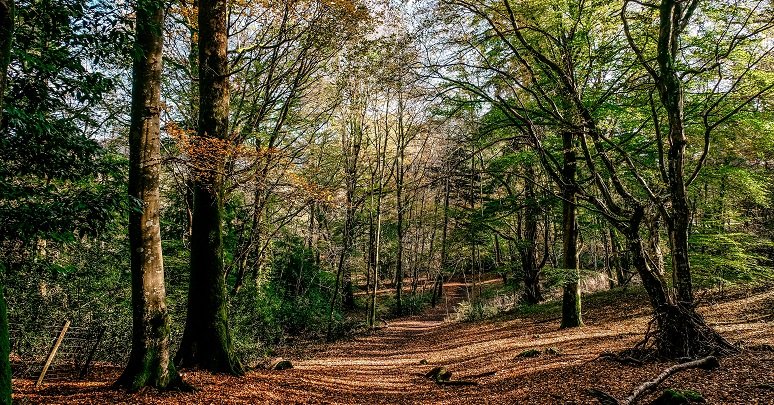 British trees are under threat from an increase in the severity and frequency of diseases, the National Trust has warned. Pathogens like ash dieback, Phytophthora ramorum and acute oak decline could have an even bigger impact across the British landscape as the effects of climate change are felt.

During autumn alone, a new disease called Phytophthora pluvialis was found in the UK, and a new outbreak of the 8 toothed spruce bark beetle was found in southeast England, meaning restrictions have been placed on the movement of trees, bark, wood chipping and cut foliage in various parts of the country.

The National Trust warns that ash dieback will lead to more than 30,000 trees being felled at a cost of more than £3m this winter.

The effect of Phytophthora ramorum, a fungus-like pathogen, has escalated in the Lake District, requiring urgent felling of larch at several sites with Holme Wood above Loweswater the worst affected, where 75% of the woodland will lose larch.

A large proportion of woodland in the South Lakes has also been hit badly, including Tarn Hows and Coniston, as well as areas Wasdale, Langdale, and Crummock too. It is estimated that 95% of foresters’ time in the Lakes this year will be dealing with this disease.

On top of this, storms like Arwen – which in early December 2021 decimated large parts of the north of England and Wales – are also altering the landscape, costing millions of pounds to clear up and distracting from vital disease management work. A number of trees that came down as a result of the storm were found to be almost hollowed out due to tree disease. Thousands of trees were lost due to Arwen in the Lake District.

In November 2021, Phytophthora pluvialis was discovered in an area of Cornwall. This was the first time the disease had been identified in Europe.

Unfortunately, the disease has since been found in Devon and Cumbria. It has not yet been found on National Trust land but experts are keeping a close eye on western hemlock, Douglas fir and several pine species.

Tree and plant experts at the National Trust say that milder, wetter winters create ideal conditions for disease and pests to spread, while trees are more likely to be stressed by prolonged drought, flooding and high temperatures, increasing their susceptibility to pathogens.

This could mean dramatic changes to the British countryside as the populations of some species decline.

National Trust’s head of Trees and Woodland John Deakin added: “We are seeing changing weather patterns of milder and wetter winters and warmer summers that are creating the ideal environment for pests and disease to spread. Increased droughts and storm events are stressing our trees, reducing their ability to resist pathogens.

“This could have a catastrophic impact on our countryside and for nature, as homes for wildlife are depleted. Many iconic and native species may disappear, which is why it is crucial we act now to choose the trees most suited to the places which they will become established, creating landscapes and woodlands that are more resilient to the changing weather we are likely to experience with increasing regularity. This means a bigger breadth pf species and choosing those more resilient and can thrive in warmer and wetter climates.”