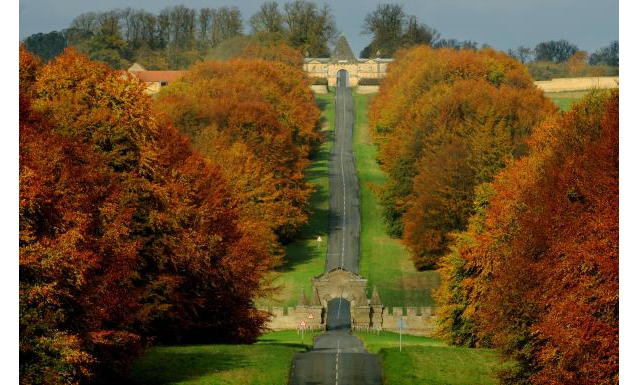 The stately avenue of lime trees at Castle Howard has been identified as at risk in a new register published by English Heritage.

The estate’s fortress-like Stray Walls are also among the ‘vulnerable historic gems’ included on the Heritage at Risk Register.

The conservation organisation said it had been working closely with the estate and Natural England to find solutions to ensure the site could continue to be enjoyed by the thousands who visit each year.

Spokesman Craig McHugh said: “Castle Howard is a beautiful and well-loved estate but like an antique piece of jewellery, there are a few stones that need re-setting.

“Promising progress is being made with work grant-aided by English Heritage underway on the Pyramid on St Anne’s Hill as well as the Stray Walls and funding from Natural England will lead to a management plan to conserve the peaceful lime tree avenue.

“We will continue to work closely with all parties involved to ensure that this North Yorkshire gem is removed from the Heritage at Risk Register.”

A spokesman said the scheme involved groups of volunteers, farmers, The Forestry Commission and Natural England all working together to reduce the number of scheduled monuments ‘at risk’, from ancient barrows to lead mines.

He said the scheme had led to the number of 198 ancient monuments deemed ‘at risk’ in 2009 being reduced to 70 and this figure would be reduced further by next year.

He said experts from English Heritage had already begun contacting church officials and local communities to offer advice on repairs and funding to those which had gone on the register.