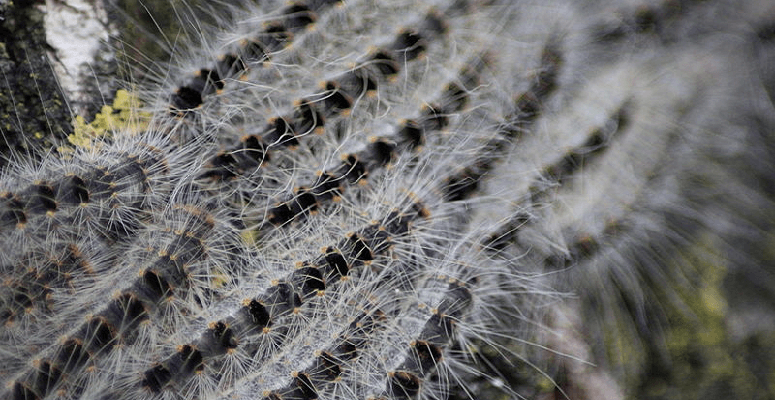 A finding of Oak Processionary Moth (OPM) has been confirmed in Wales.

A statutory Plant Health Notice has been issued on the trees which requires the treatment and felling of infested material.

OPM have been found on trees planted in Cardiff City Centre and pest control experts will be begun treatment work as soon as possible.

The caterpillars (larvae) defoliate and weaken oak trees, and are a hazard to human and animal health.

The trees near Cardiff Central Station were chemically sprayed using an insecticide and will be removed today.

The Welsh Government has said:

“The first priority is to ensure containment and clearance of the disease. However, in the longer term we will work with Natural Resources Wales and Cardiff Council on the replacement of the trees.”

OPM is established in most of Greater London and in some surrounding counties. Efforts are being made across the UK to minimise their population, spread and impact on the environment.

The affected trees in Cardiff had been imported from an area of Europe where OPM is widespread.