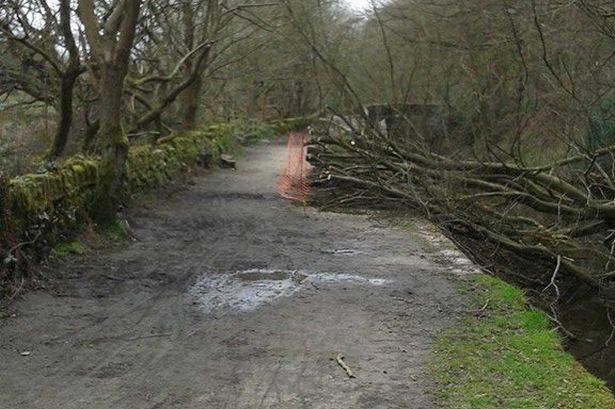 The tree crashed down across the Huddersfield Narrow Canal at Slaithwaite, initially blocking the waterway and the towpath.

A fallen tree has shut the canal at Slaithwaite.

The tree crashed down across the Huddersfield Narrow Canal yesterday, initially blocking the waterway and the towpath.

Contractors have since worked to clear the towpath and officials of the Canals and Rivers Trust are hopeful to have the waterway clear by later today.

The fall happened on the stretch between Slaithwaite and West Slaithwaite.

A spokesman for the Trust said: “The Canal & River Trust were alerted to the problems on Sunday and warning signs were put in place warning pedestrians not to use the towpath.

“Contractors are on site today removing the tree and if all goes to plan the canal and towpath should be re-opened by the end of the day.

“The contractors will be using winches to remove the tree from the canal before it is cut up”.

One local walker Jim Park, said: “There are a lot of trees down there and people will wonder how safe they are”.