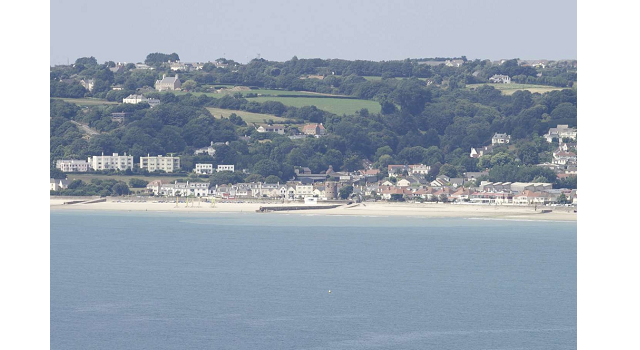 Members of Save Jersey’s Heritage, who teamed up with the JEP earlier this year to launch the Our Island: Keep Jersey Special campaign to improve public spaces, say that the 30th anniversary of the Great Storm is an opportunity to think about trees.

During the storm on 16 October 1987 a huge number of tress were lost.

The JEP campaign has focused on a number of ways in which the look and feel of the Island could be improved, including through the removal of unnecessary signs and bins and better planting.

Former States Deputy and a founding member of SJH Alastair Layzell has spearheaded the initiative. Of the Great Storm, he said: “It was wind that came without warning. Like all those who were there I remember the night of the hurricane as if it was yesterday.

“My aunt’s house at Portelet was all but destroyed, her belongings scattered over the headland at Noirmont.

“The effect of that night on people’s lives was, rightly, the main news story of the following day. But, in time, we came to realise that the Island had suffered its own trauma – the loss of so many fine trees.

“The aerial photograph of the pines laid out like matchsticks along Route Orange in St Brelade symbolised that loss but other areas were also destroyed; the escarpment above St Brelade’s Bay was one.”

He added: “Thirty years on the sores have healed, and there is the added benefit that roads like Route Orange are now lined with a more robust – and appropriate – type of tree. But we have also missed a trick.

“While re-planting, the States should have gone much further, not only replacing but also adding to Jersey’s green backdrop.

“We would, by now, have 30 years of growth to soften some of the worst interventions in the public realm. So, to mark three decades since we were hit by the hurricane Michael Fish thought unlikely, how about a commitment by the States to plant more trees and to start with Victoria Avenue?

“It’s a huge and prominent asset which, planted imaginatively, could rival the Croisette in Cannes and give delight to residents and visitors.

“A thousand Stone Pines – the tree that has grown so well on the Waterfront – could be planted tomorrow. If each carried the name of a loved one the whole scheme could be paid for by public subscription. And just one could be inscribed with that fateful date 16.10.1997.”