Campaigners against the felling of 150,000 trees 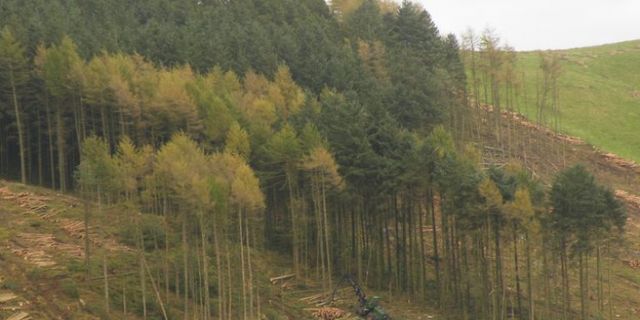 Concern over Cwmcarn Forest Drive tree felling.Campaigners against the felling of 150,000 trees at a popular tourist attraction are urging ministers to reverse a decision to shut part of it.

Natural Resources Wales (NRW) says larch trees at Cwmcarn Forest Drive in Caerphilly must come down from November to halt the spread of a fungal disease.

The seven-mile drive will close but its bike and walking trails, play areas and visitor centre will remain open.

A drop-in session explaining the decision will be held on Sunday.

NRW says 162 hectares (400 acres) of the forestry in Caerphilly county is infected or at risk of the untreatable disease Phytophthora ramorum.

Work to remove them is expected to take until 2018.

But some have criticised the decision, with more than 1,900 people signing an e-petition on the Welsh government’s website calling on ministers to reverse the decision – concerned the drive might never reopen.

NRW has said more than two million larch – a third of those infected – have been felled to slow the spread of the disease.

“We also want to reassure people that our long term aim for this forest is to restore and improve the area so it can remain a fantastic attraction and continue to play an important role for the people and the economy in the area,” he said.

The long-term plan is to replant other trees on the site once the ground is ready and to eventually reinstate the road.

But NRW has said this would require “significant investment” which it could not commit to at this time.

In August the Welsh government listed the forest drive and visitor centre in the top 10 most popular free attractions in Wales.