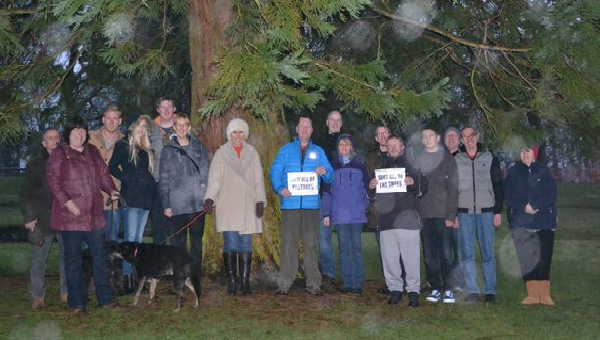 A giant redwood sequoia tree in Rhyddings park, is due to be chopped down. The decision was reached by councillors this week, despite more than 2,000 campaigners expressing an interest in the tree’s preservation.

The Oswaldtwistle tree is to be axed as part of a £2 million redevelopment.

Hopes were raised for campaigners earlier this month after a recommendation was made by councillors at a full council meeting to retain the 50ft tree. However, at a cabinet meeting this week councillors voted to remove the tree from the park.

An independent arboricultural consultant had examined the tree and said it could treble in size over the next 100 years. He reported that the tree was at risk of becoming infected with honey fungus, and an option to remove the tree and replant a 33ft replacement would cost £8,250.

Council leader Miles Parkinson told the cabinet meeting: “I’m still minded of the opinion that, due to the work which has been done by the volunteers and the work put into that bid, the vision for the park, the addition of what would be required to retain the tree, and the long-term maintenance of that, that my view is the tree should go.”

Conservative group leader Tony Dobson said the council had ‘missed an opportunity to have the investment in the park and keep a significant icon of that park’.

He told the meeting: “I thought you had a get out of jail card with the recommendation from full council. The passion for the tree from local residents is obvious.

“I think it’s extremely disappointing because we were very hopeful that you would be guided by public opinion and both opposition parties in favour of saving the tree.”

Oswaldtwistle councillor Peter Britcliffe said the tree could be saved without risking the Heritage Lottery grant for the park.

He told the meeting: “It’s pointless having a report if you are not going to abide by it and pointless taking something to council if you are going to ignore the majority wish.”

Speaking outside the meeting, campaigner Leesa Haworth told the Observer ‘it’s not the end’.

She said: “That was a complete and utter farce. The tree will be staying, we will make sure of that.

“We will chain ourselves to it.”