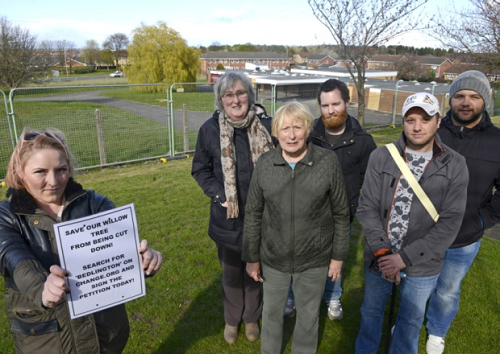 The News Post Leader A campaign to prevent a landmark tree in Bedlington from being cut down is receiving strong support.

The mature weeping willow, thought to be more than 100 years old, is set to be felled as part of the construction of a new Lidl supermarket.

The store will be opened later this year and many residents are welcoming it due to its economic opportunities.
The decision to cut down the tree, however, has hit a nerve with locals, who believe it should be preserved. They are concerned it may happen soon after fencing was erected at the site on Friday.

When the application was determined, county council planning officers agreed with the company’s view that it was not possible to retain it as part of the overall development of the site.

It has received more than 2,300 signatures so far.

She said: “This beautiful and quite majestic tree is a local landmark that has stood in this spot for longer than any of the buildings close by.