Call to save Herefordshire’s veteran trees and ancient woodland 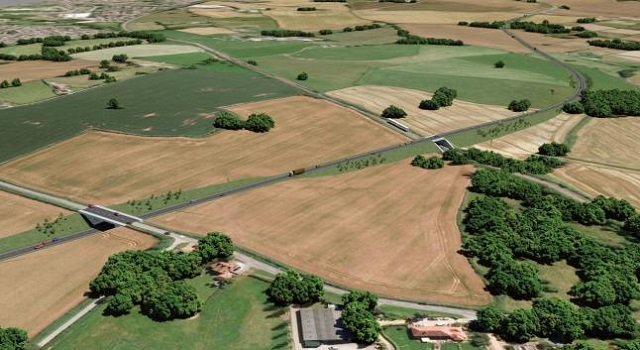 A campaign in Herefordshire has been launched to protect ancient and veteran trees and save threatened ancient woodlands following the launch of a new government consultation.

The Woodland Trust’s ‘save our ancients’ campaign follows government proposals in the recent housing white paper to add ancient woodland and aged and veteran trees to the current list of policies that restrict development in England.

But they say unless amends are also made to national planning policy this will not lead to an increase in protection for ancients, which are irreplaceable.

The charity said the recently approved Southern Link Road in Hereford will mean the loss of veteran trees and damage to an area of ancient woodland – something which these policy changes could prevent happening again in the future.

The Woodland Trust has also recorded more than 5,200 ancient or veteran trees in Herefordshire alone on its Ancient Tree Inventory.

The white paper is open for public consultation and the trust is urging people to speak up for the county’s ‘ancients’. Current policy states that developments that impact on ancient woodland should be refused permission ‘unless the benefits outweigh the loss’.

They say this loophole has led to more than 700 ancient woods currently being at risk from development across the UK.

In comparison, any loss of our built heritage is deemed to be ‘wholly exceptional’. The trust wants ancient woodland and trees to be protected along the same lines.

Kaye Brennan, Woodland Trust campaign lead, said: “Our ancient woods and trees are increasingly recognised as ‘natural heritage’ and they should enjoy at least the same level of protection as built heritage. They are an intrinsic part of Herefordshire’s fabric but they are being failed by current planning policy.

“While this loophole exists, they are so vulnerable, but we have an excellent opportunity to change their fate – we need the public to help us make this happen.”

Visit woodlandtrust.org.uk/actnow before May 2 to support the charity’s campaign.