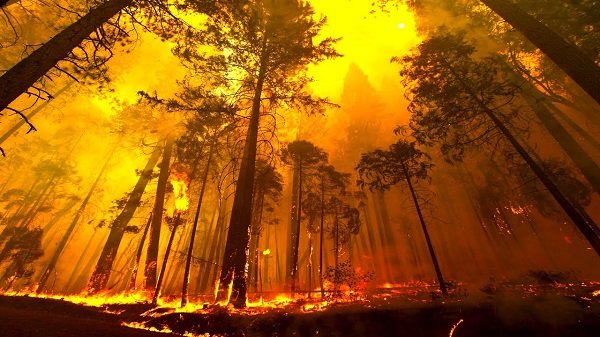 California’s record four-year drought has primed its coastal forests for a bug invasion. Millions of native bark beetles, have already killed off 29m trees, with tens of millions more expected to become casualties. Pacific Gas and Electric (PG&E), a California company, decided to turn the serious fire hazard into a source of low-carbon energy.

PG&E plans to clear away dead or dying trees close to its power lines and use them to produce electricity. The scheme is a unique way of reducing fire risk, and is supported by Governor Jerry Brown, who previously directed state regulators to approve plans to send those sickened trees to power facilities that are designed to turn plants or agricultural waste into energy.

Harvesting diseased trees to reduce fire hazards has its downsides, however. Allowing sick trees to fall on their own and stay can be vital to a forest’s health, said Alistair Smith, a professor of forest and fire sciences at the University of Idaho. Additionally, research shows that forest fires can be nature’s way of clearing dense growth from a forest to let in more sunlight, enrich the soil and reduce competition among trees so that they grow bigger and healthier.

Worryingly, forest fires are set to continue to increase with climate change, with forests from all over Europe affected as well.

“We must reduce the global warming pollution that feeds more fire activity. At the same time, it is critical to return our forests to more natural conditions and fire-cycles, step up protections for people and properties, and prepare to jump start new forest growth,” said a National Wildlife Foundation report on global warming and fire risks.

Sending diseased trees to power plants is a newer approach, and California isn’t the first to try it. A few years back, the US Forest Service launched a project to ship trees killed by mountain pine beetles in a national forest in Colorado to a power plant, an effort that the forest service planned to replicate in the western US.

PG&E’s plan to cull sick trees for energy generation will help it meet a state mandate to increase its renewable energy supply to 33% of its total by 2020. “It’s not cheap to do this,” said Bill Stewart, a forestry specialist at the University of California, Berkeley. But with the expense shared among PG&E’s more than 5 million electricity customers, Steward said “no one is going to be floored by the extra 3 cents or so per month”. The exact cost was not shared by PG&E.

It is estimated that PG&E will generate 187 gigawatt hours of electricity total annually, enough to power about 31,000 average homes per year, until the year of 2019 when their contract ends.