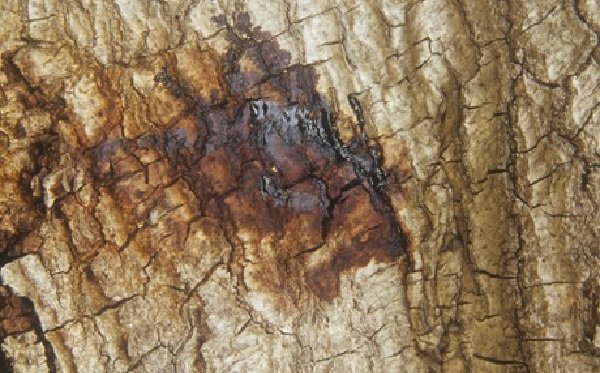 California’s drought is worsening and turning farms to dust, but it is also helping to save oak trees from a deadly fungus and keep beaches clean from bacteria-saturated water.

The lack of rain has impeded a disease which kills the state’s signature tree and reduced the amount of bacteria-laden water which contaminates the coast, according to reports this week.

The good news did not dispel alarm over the wider crisis. Almost 33% of California is now suffering “exceptional” drought, the highest category, according to the US Drought Monitor. Everywhere else is enduring “severe” conditions.

Prices of fresh fruits and vegetables across the US will rise an estimated 6% in coming months, according to the Department of Agriculture. Avocados, berries, broccoli, grapes, lettuce, melons, peppers, tomatoes and packaged salads are expected to be especially hit.

Some California farmers have abandoned crops for want of water. Others have uprooted trees and plants to save dwindling groundwater for crops. Some places have begun to resemble a dust bowl following three years of meagre rain.

It may offer limited consolation to farmers and consumers but the dryness has also assailed the contagious spores that have wiped out hundreds of thousands of oaks in a phenomenon known as sudden oak death.

Preliminary results of surveys taken in 17 western counties between April and June showed an infection rate of between two and 10% of California bay laurel trees – a big fall from the 20 to 80% during a year of normal rainfall, according to the San Francisco Chronicle.

Identifying infected bay laurels is used to fight the tree-strangling pathogen because microbes live in bays before moving on to oaks. Sudden oak death, discovered here in 1995, was expected to kill 90% of California’s oaks within 20 years.

Scientists said the drop in the infection rate gave them a chance to regain the initiative and target the host bay trees.

“The approach is to basically inflict a strike on the pathogen so that it will exist in fewer places and, as a result, its outbreaks will be smaller,” Matteo Garbelotto, who heads the Forest Pathology and Mycology Laboratory at UC Berkeley, told AP.

A report this week from the National Resources Defense Council said 9% of water quality samples collected last year at California beaches contained bacteria levels that failed to meet the most protective threshold for swimmer safety – slightly better than the nation’s 10% average.

A separate last month from the group Heal the Bay gave 95% of California’s beaches an A or B grade for 2013, a marginal improvement from the previous year.

Both groups cited a reduction in contaminated stormwater but stressed that this was no strategy to improve beach water quality. “Hoping for less rain is not a long-term solution,” said an NRDC blog.