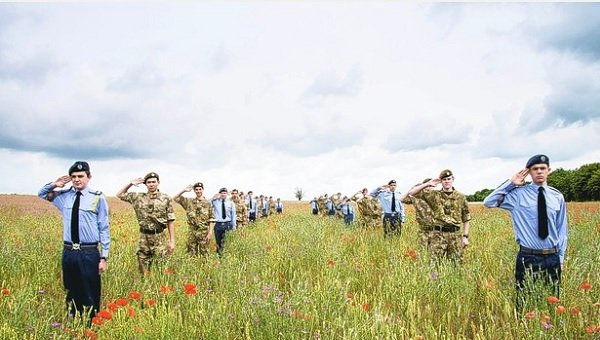 Cadets are spearheading an initiative to raise £1 million for a campaign to plant more than 200,000 trees near Headley, to mark the centenary of the start of the First World War.

The Woodland Trust has chosen Langley Vale as one of four sites for an English Centenary Wood, where the public can plant trees dedicated to fallen family members.

Cadet groups are aiming to raise £1 million to help see through the ambitious project, which will span the four years of the war centenary.

Woodland Trust chief executive Beccy Speight said: “Families up and down the country were affected by the First World War and what better way is there to mark that than by planting a tree to give a lasting and growing legacy for those who lost their lives.”

The 640-acre site at Langley Vale is one of four new woods to be created by the trust. In addition to the 1,000 acres of woodland at the four sites, more than three million trees will be given to schools, community and youth groups for planting.