Bus firm First donate 1,600 trees to be planted in Worcester 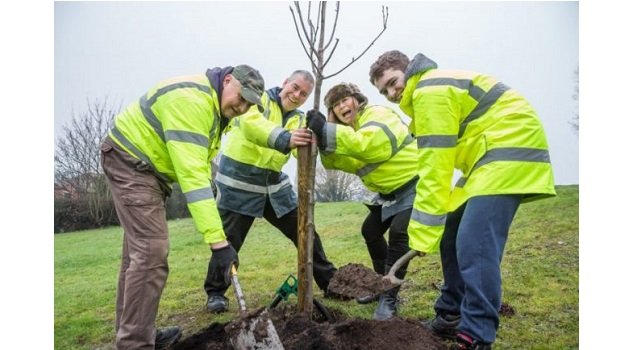 More than 1,600 new trees are set to be planted in Worcester this winter thanks to a donation from the bus firm First.

The new batch of trees is in addition to the 2,200 saplings planted in the city last year as part of an on-going effort to keep Worcester clean and green for future generations.

The project was able to get off the ground after support from First Worcester and the national charity Trees for Cities.

Those saplings have been planted along the riverside and in Cripplegate, Battenhall and Gheluvelt Parks.

Sarah East, General Manager for First Worcester said: “As well as running buses in Worcester, we are also committed to the local environment and want to help improve the greener spaces we have around the city.

“We were at Fort Royal Park on Wednesday this week, rolling out the second phase of tree planting, alongside our partners from Worcester City Council.

“I am sure the new trees being planted will be well received by local people and visitors alike.”