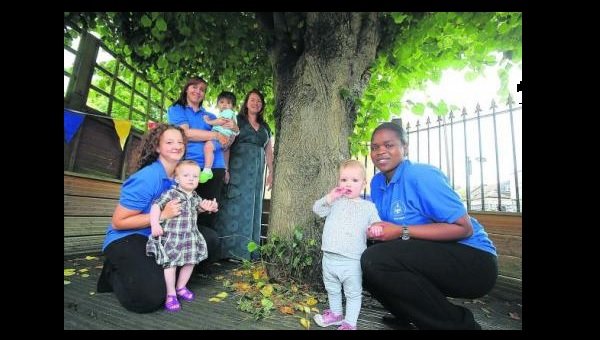 A nursery owner is facing opposition over plans to fell a tree in the grounds of her business.

Sarah Barrett, who owns Queens Baby Nursery in Queen’s Road, Buckhurst Hill, wants to fell a large Lime tree which she claims is a hazard.

The businesswoman faces opposition from Buckhurst Hill Parish Council (BHPC) which voted against the felling of the Lime at a Planning and Environment Committee meeting on June 5.

Mrs Barrett is currently refurbishing the site and has spent around £18,500 in doing so.

She said: “The tree is far too big and has well outgrown the nursery.

“There are also a lot of pigeons nesting in it and we get a lot of their mess all over the floor which can be dangerous.

“As well as that there is a 3ft deep hole in the trunk which is holding a lot of standing water.”

Mrs Barrett claims a public bench outside the nursery is not used due to the prevalence of pigeon mess in the area which she says would be eradicated if the tree was felled.

Discover the parish council’s reasons for opposition in this week’s Epping Forest Guardian – out tomorrow.