Experts say British autumn will be bright and colourful 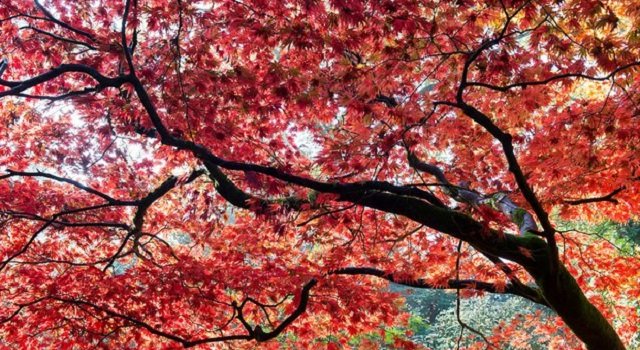 Autumn could come as early as mid-September as a wet spring and sunny conditions pave the way for a magnificent display of colour, the Forestry Commission have said.

Data from the Met Office shows that England’s wet spring saw rainfall 30% above average in the east and the south.

The Forestry commission say that wet conditions combined with sunshine has meant a good growing season for the nation’s trees, helping them build up plenty of the sugars which produce autumn reds, golds and orange as they are absorbed back into the tree.

Although these displays could begin as early as mid-September, continued dry conditions could mean that the colours are at their best from mid to late October.

A fairly warm autumn could mean prolonged colour well into November, though a harsh frost or storm could cut the show short, according to Andrew Smith, the Forestry Commission’s director at Westonbirt, The National Arboretum in Gloucestershire.

“The abundance of rain we experienced in spring, coupled with above-average sunshine has meant a great growing season for trees as it allows them to build up plenty of sugars in their leaves.

“It is these sugars that produce the rich autumnal colours when they are absorbed back into the tree to help them survive winter.

Why are autumn leaves mostly yellow in Europe and red in North America?

“Autumn’s foliage displays are certainly affected by the weather and this year we have our fingers crossed that it should be good for producing a great autumnal colour display.

“It will depend a bit on the weather in September but the ground work has been laid for a good show,” he said.

Colour changes in tree leaves take place as the days become shorter and evening temperatures cool, with the green chlorophyll in the leaves starting to disappear, exposing yellow and orange hues.

Sunny weather concentrates the sugar in the leaf which speeds up the appearance of red hues, the Forestry Commission said.