Britain’s plants and trees under threat from rising temperatures 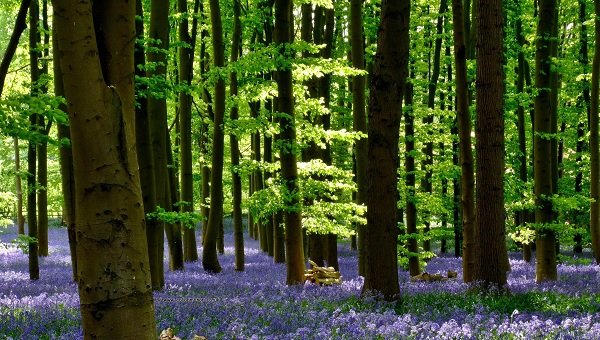 Dozens of plant and trees species are under threat as they fail to adapt to warming temperatures, a University of Cambridge study has found.

Species including yew, hawthorn and stinging nettles are expected to decline in the UK, along with 38 other species.

Environmentalists have argued that the findings demonstrate the need to analyse and monitor Britain’s ecology and encourage a greater responsibility for monitoring natural habitats.

Data was collected from the Woodland Trust, which has records dating back more than 250 years. It examined how 293 species have responded to increases in temperature.

The study found most plants had started flowering early or migrated north to cooler temperatures. Other species have responded well, including holly – which has moved its flowering 16 days earlier – and the oxeye daisy, which now flowers 11 days earlier.

Species with the largest change in flowering dates also had the least change in their geographic range. An example is the rue-leaved saxifrage, which has advanced its flowering date by 11 days in the past 50 years but its range has not moved north.

In comparison, the blue fleabane is flowering just three days earlier yet its range has shifted significantly north.

The 38 species in question have not moved north or adapted their flowering date, raising significant concerns of the overall survival rate these species have if they cannot adjust to the rising temperatures.

Dr Kate Lewthwaite, project manager of the Woodland Trust’s nature calendar, which provided data for the research, said “This paper highlights how important records provided by members of the public to the Woodland Trust are in identifying long-term trends in the natural environment.

“For plants to survive as the climate changes it is crucial that we conserve and restore our natural habitats to make it easier for plants to disperse between them. Due to increased pressure from development and disease these habitats are being increasingly fragmented or lost and we need to do all we can to protect them.”

MPs have previously expressed concern over the lack of environmental monitoring of Britain’s plant and tree species.