Britain must cherish its trees or lose them 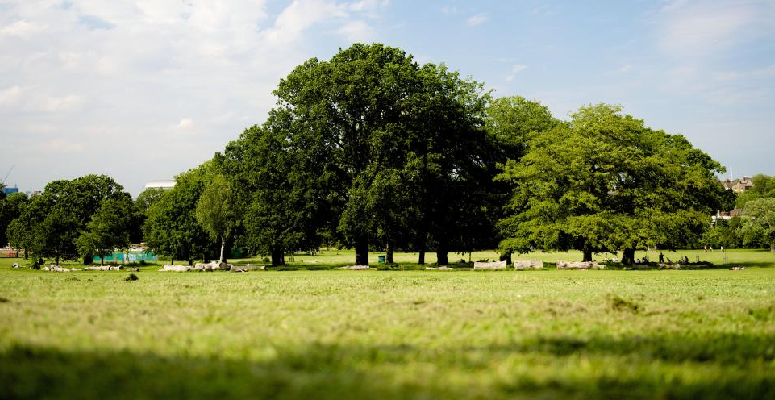 The recent felling of 110,000 mature trees by city councils in Britain such as Sheffield, and the secretive tree-cutting operations of Network Rail, will seem like kindling compared with the bonfires that will have to be lit if diseases take hold in our gardens, avenues, copses and forests. Britain lost 30 million elms to Dutch elm disease in the 1970s. In London, many horse chestnuts have drooping brown leaves and struggle to produce their white candle flowers, having been invaded by the leaf miner moth.

Millions of ash trees are at risk of ash dieback, which was first found in a consignment of trees sent from the Netherlands to Buckinghamshire in 2012. In Denmark, where it is rife, it has infected 90% of ash trees. Rhododendrons are cowering from Phytophthora ramorum, which also affects larch. A bacterial pest from South America called Xylella fastidiosa is devastating olive groves in Italy and threatens our shores. This could be a massacre.

The easiest way for diseases to reach Britain is through live plant imports. England and Wales exported £52m worth of pot plants in 2016 but imported more than £1bn worth of trees and shrubs from countries such as Italy and the Netherlands. These are rarely inspected. The devastating oak processionary moth is thought to have arrived in London and Berkshire as eggs already laid on semi-mature oaks from Europe for landscaping projects. My father-in-law planted 384 different named oaks on his land as part of the national oak collection. When I asked him what would happen if they all became diseased, he just shrugged and said: “If it kills them, it kills them.” The threat wasn’t as acute then, and now I am obsessively vigilant.

England has more ancient native oaks than the rest of Europe put together, according to Aljos Farjon, author of Ancient Oaks in the English Landscape. After the Norman Conquest, the creation of royal hunting parks meant that the English were forbidden from felling many trees. By the 18th century, it had become a patriotic duty to grow oaks for timber to make naval ships, with prizes awarded by the Royal Society for the Encouragement of the Arts. This year, the Action Oak Partnership has been set up to help safeguard our 121 million oaks.

But do we really need trees? The government pledged in its manifesto to plant 11 million saplings across England and Wales by 2022 but last year, for the first time since the Second World War, more were felled than were planted. Less than 13% of Britain is covered in trees, while the European average is 30%. Yet trees counteract pollution. In the city a mighty plane not only cools the pavements but absorbs 150kg of carbon dioxide a year, muffles noise, reduces wind velocity and provides psychological benefits. In the countryside, trees sustain wildlife and flora.

John Craven, presenter of Countryfile on BBC One, has suggested that fly-tippers are the biggest concern for nature lovers, but land can be cleared of rubbish if there is the will. Britain’s great trees take a hundred years to mature.

One answer is to plant more in the hope that the fittest will survive. India plans to plant three million trees around Delhi alone to act as a defence against dust storms. Farmers shouldn’t grow only commercial species such as sitka, but mixed woodland. Britain needs natural diversity, and monoculture could be a disaster. Collectors need to be able to swap seed and acorns with other countries so there is a back-up in case any species faces obliteration on one continent.

Border controls must be tightened. Australia has draconian import rules. But most importantly, there must be a quarantine period for all plant imports. Dr Glynn Percival, who manages Bartlett Tree Experts’ laboratory at the University of Reading. says the situation is now urgent. “This year’s winter snow followed by summer drought has meant we have already lost thousands of vulnerable trees and enfeebled others. They are now highly susceptible to disease. Quarantine is vital.”

Michael Gove, the environment secretary, prides himself on being the cabinet’s Swampy. He takes his new “tree health resilience strategy” seriously, and has appointed a “tree champion”, Sir William Worsley. If Brexit finally happens, Britain could insist that imported trees be quarantined for a year before planting. Horticulturists would then need to grow more domestic stock. This is not plant racism: we don’t have to be obsessed with native British trees and should grow non-indigenous maples, ginkgos and liquidambars.

But if this country became known for its biosecurity rules, Europeans could also buy disease-free plants from these shores. Shakespeare once called these isles a “fortress built by nature for herself against infection”. Britain could become one of the great plant nurseries of the world.