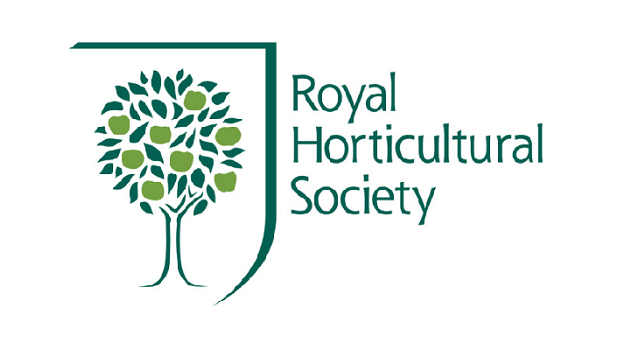 There has been an increase in the rate at which harmful plant pests and diseases have become established in the UK. Diseases such as ash dieback and those caused by Phytophthora, and pests such as box tree moth and horse chestnut leaf miner are causing significant changes to our landscape and horticultural practices.

The risk of new plant pests and diseases being introduced is associated with the longterm trend of increasing volume and speed of movement of traded plants and other material, imported from an expanding variety of sources. UK imports of live plants, foliage, branches, and other plant parts have increased by 71 percent since 1999. In 1996, the import value of the trade in live plants was £113m. This had increased to £287m in 2011, an increase of 83 percent in real terms in 15 years. In 2014, imports of ornamental plants and bulbs alone were estimated to be around £324m.

There are more than 1,000 pests and diseases on the UK plant health risk register including pests and diseases such as Asian longhorn beetle, chestnut blight, emerald ash borer, red palm weevil, rose rosette virus and zebra chip. This list also includes the bacterium Xylella fastidiosa which causes disease in more than 350 plant species, including popular garden plants such as hebe and lavender. Already causing widespread devastation in southern Europe it threatens to arrive in the UK through the importation of infected plant material.

The UK’s import requirements for plants and plant products depend on the origin and type of material. Plant material imported from outside the EU may be “unrestricted”, “controlled” or “prohibited”. Controlled material (e.g. plants for planting) can only be imported with a ‘phytosanitary certificate’ that shows it meets the requirements for entry to the EU. Plant material can be moved more freely within the EU but there are requirements to prevent the movement of specific pests and diseases.

Currently UK travellers are allowed to bring plants back from abroad, including cuttings, bulbs, seeds and rooted plants from EU countries and more limited quantities from other European and Mediterranean countries (e.g. Egypt, Turkey and parts of Russia). Rules do exist guiding what plant material can and can’t be imported but they are very complex, not well understood and difficult to enforce. Private importation is the most likely way that pests such as fuchsia gall mite, which is now widespread in the south east and causes disfiguration, arrived in the UK.

What the RHS is doing to help mitigate the risk The RHS is championing better plant health in gardens, working on the detection and identification of new pests and diseases and developing more effective controls for them. As a result of these increased plant health risks the RHS has revised its approach to plant health and in 2018 introduced six new plant health principles to guide its work across gardens, shows and retail. Immediate actions stemming from these principles include:

• Banning the nine plant groups identified by Defra as being particularly susceptible to the diseases caused by the bacterium Xylella fastidiosa, from being exhibited at RHS Shows (unless UK sourced and grown). They are: Coffea spp. (coffee), Hebe spp. (hebe), Lavandula spp. (lavender), Nerium oleander (oleander), Olea europaea (olive), Polygala myrtifolia (polygala), Prunus
spp. (cherry, plum etc.), Rosmarinus officinalis (rosemary), Spartium junceum (Spanish broom),
• Incorporating evaluation of plant health risk into judging criteria for gardens at RHS Shows
• Holding in isolation imported semi-mature trees for at least 12 months prior to planting in RHS gardens
• Wherever possible using UK grown and sourced plant material The RHS is appointing three new scientists who will lead the management of plant health within the Society and contribute to resolving these issues within the horticultural trade.

What policymakers and the horticultural industry can do to safeguard UK gardens. The UK’s withdrawal from the European Union will provide an opportunity to revise the UK’s approach to plant health and focus on a system that meets the country’s needs. This is also an opportunity to consider how biosecurity is managed in countries considered to have good standards, such as New Zealand (see case study).

We’ve detailed below what the RHS thinks policymakers must do, in coordination with industry, to ensure the sustainability of horticulture in the UK:

1) The formation of a cross-sector governance group – retail, arboriculture, horticulture and research for example – to provide strategic overview and independent advice to ministers. An international example of a successful scheme would be the Biosecurity Ministerial Advisory Committee in New Zealand.

2) Development of protocols to ensure biosecurity regulation is consistent and risk-based across pathways in alignment with the creation of suitable compensation and/or insurance schemes for plant health responses for the industry – including production and retail – and landowners/householders. This would include private importers, the internet trade, as well as the horticultural and plant trade industry. For example plant health risks could be reduced by removing the concession for private importation of plants in passenger baggage – the current requirements are very complex, not risk-based and difficult to enforce. The implementation of visible border controls on private baggage would help to lessen the pest and disease risk. This would include increased advertising to explain and raise awareness of restrictions to travellers, statutory declaration on arrival and profiling high-risk pathways.

3) Introduce a national, possibly international, plant health certification scheme mandatory for all UK importers of nursery stock requiring operators with biosecurity training, records maintenance, so there is traceability, and minimum plant reception periods. The latter would be determined according to risk, for example, from tissue cultured plants, dormant cuttings, rooted trees etc.

5) Defra, working with the industry utilise this opportunity to increase public awareness of plant health and biosecurity risks to ensure that the general public understand their responsibility and drive cultural change.

More information about plant health is available on the RHS website:
www.rhs.org.uk/science/plant-health-in-gardens