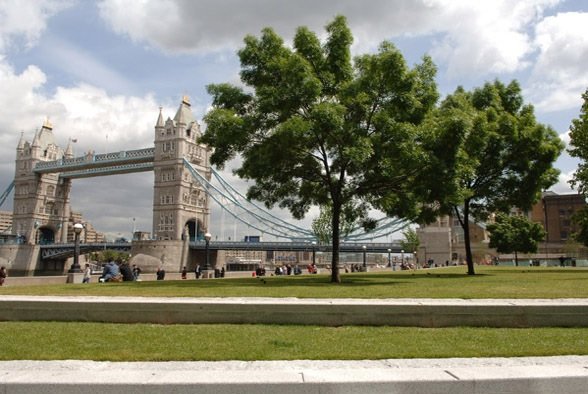 Trees may be more adept at adapting to climate change than once thought. Scientists have discovered a gene that controls the awakening of trees from winter dormancy, which is a critical factor in their ability to adjust to environmental changes associated with climate change.

The timings of annual cycles-when trees open their leaves, produce flowers, or go dormant-help trees adapt to environmental signals associated with climate. Yet genetics have to keep up as a climate changes.

That’s why the researchers decided to trace what is known as the bud-break gene, also known was EBB1. The scientists developed modified trees that overproduced EBB1 genes and emerged from dormancy earlier in the year. They also showed that trees with less EBB1 activity emerged from dormancy late.

The researchers found that EBB1 codes for a protein that helps to restart cell division in part of the tree known as meristem, which is analogous to stem cells in animals. EBB1 also plays a role in suppressing genes that prepare trees for dormancy in the fall and in other processes such as nutrient cycling and root growth.

“No one has ever isolated a controlling gene for this timing in a wild plant, outside of Arabidopsis, a small flowering planted related to mustard and cabbage,” said Steve Strauss, one of the researchers, in a news release. “This is the first time a gene that controls the timing of bud break in trees has been identified.”

The findings are important for potentially engineering adaptability into trees in the future. This, in particular, is crucial as the climate changes.

“For example, are there going to be healthy and widespread populations of Douglas fir in Oregon in a hundred years?” said Strauss in a news release. “That depends on the natural diversity that we have and how much the environment changes. Will there be sufficient genetic diversity around to evolve populations that can cope with a much warmer and likely drier climate? We just don’t know.”

The findings could be useful in the future for plant breeders. That said, it’s unlikely that breeders will use the finding any time soon. They’re more likely to rely on large clusters of genes that are associated with specific traits such as hardiness, tree shape or flowering. However, the findings may be important as the climate continues to change.

The findings are published in the journal Proceedings of the National Academy of Sciences.