I bought a woodland with 60 strangers 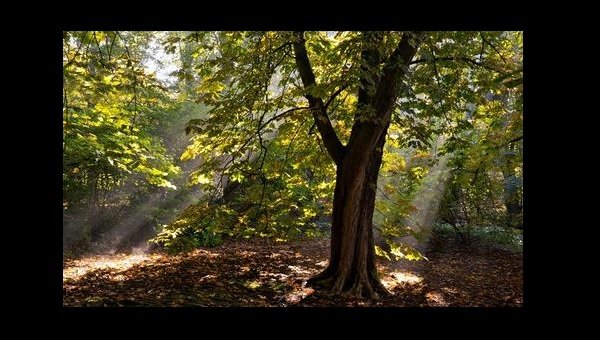 A group of people decided to buy local woodland. Having done so, what would they do with their 1.5-hectare patch of trees?

When I tell someone that I bought a wood with more than 60 people I didn’t know, reactions vary from “Brilliant!” to “You must be nuts!” We moved to Stroud eight years ago and one of the pulls was the picturesque woodland nearby. I wanted to do more than just walk in the woods – I wanted to develop a connection to the beautiful landscape and learn woodland skills.

Once we’d settled in, I put an ad in the local paper saying I was thinking of buying a bit of woodland and wondered if anyone had some to sell. I got just one response from a local resident, Martin, who said he’d always wanted to put out an ad like that.

We bemoaned the fact that there’s such little woodland for sale, and that it’s so expensive. We agreed to keep in touch.

About a year later, a 1.5-hectare wood came up for auction around 30 minutes’ walk from Stroud. It was quite a scruffy, unimpressive place – certainly in comparison to the beautiful beech woods in the area – but I spotted a deer and signs of badgers on my first visit and the site had incredible views across the Slad valley. We both decided it would be fun to try to buy it.

Martin had experience of collaborative community projects, so we set out to find a group of people to buy it with us. The wood was valued at £11,500, but was likely to sell for at least double that. We spoke to anyone we knew who might be keen, and within a week had enough interest to arrange an initial meeting in the wood. On the day, there was a massive downpour, so there was this funny scene of around 20 strangers running for cover, and then heads sticking out of bushes, saying things like “My name’s Sandra and I’m interested in biodiversity … ”

It was clear that we all had quite similar interests and values, and we were very upfront. We said, we’ll buy the wood, and then we’ll get together and decide what to do with it. We worked out that with our legal costs, the purchase itself, and some initial forestry, we needed to raise £32,000, so we plumped for 64 shares at £500.

The day of the auction was very exciting. There was a real buzz, and when we told other bidders what we were doing, three more people offered to go in with us. We had agreed to bid up to £25,000 and the price soon raced up into the 20s. I was thinking “crikey”, but Martin offered £25,500 and we got it.

It was a massive adrenaline rush. We all felt a combination of delight and terror. Now we’d got this wood, we had to do something with it. First, we had six weeks to raise the money. We went back to everyone and set up a bank account and in the end we got more offers than we had shares available – with everybody buying one block of shares at £500.

At this point, we still didn’t have firm plans for what we were going to do with the wood, so we sent out a questionnaire asking why everyone got involved. About a third said their main interest was conservation; another third said it was learning woodland skills and getting firewood; and then there were people who did it for social reasons – to meet like-minded people and spend time together in the woodland.

We arranged a big celebratory picnic as a chance to get to know each other. People brought food and drinks, and the kids disappeared together to play. Some people hadn’t visited the wood before, so there was quite a lot of “Gosh, this is amazing!”

It was a lovely sunny day, with sunlight coming through the leaves, and it all felt quite magical. The group was a real mixture, from young families to couples in their 70s, management consultants to teachers. Everybody had different interests and areas of expertise – some knew about woodland management, others about art. There was a massive outpouring of excitement about what we might do – cooking around a fire, camping out, building dens with our kids, or setting up classes for children to identify wildlife.

We wrote down all of these ideas, and then drew up a simple plan for the woodland that all shareholders agreed on.

Three years later, things have moved on a lot. The wood hadn’t been managed for decades, and was mainly old larch. We felled any dangerous trees, and have begun to plant more varied, native species – hawthorn, blackthorn, alder, wayfaring tree, dogrose, hazel and oak. We built benches out of the felled wood, and placed them around the fire pit so people can have meetings, gatherings and parties. We have also created a glade and nearly finished our composting toilet.

It’s been an incredibly sociable experience. Shareholders are allowed to camp for a night at a time, and lots of us meet there for parties or big fires where we cook together. Some of us have held business meetings there. It’s all very relaxed: all it takes is a group email, and suddenly there are kids and adults bouncing on trees, games of “40-40 in”, playing on swings, or cooking marshmallows on sticks.

There are always enough people willing to get involved and help out. We just do whatever people have the enthusiasm and time for. To cover our costs (insurance, general maintenance), we ask for small donations from anyone who wants to use the wood – which could be a social enterprise or an art class. Each shareholder also donates what they can afford, up to £20 a year.

I use the woods so much more than I ever thought I would. I’ve got so many different memories of being there: the meeting we held round the fire at night in the snow, where we could hardly see each other’s faces; stringing up a giant hammock for the kids to swing in; lying on a bench, with the sun on my face, listening to the sounds around me. I feel connected to it, and responsible for it.

The wood is somewhere that, as a family, we are incredibly fond of – I can’t imagine ever giving up my share. I hope there will always be a sense of community linked to this unassuming bit of land that has become a big part of our lives.