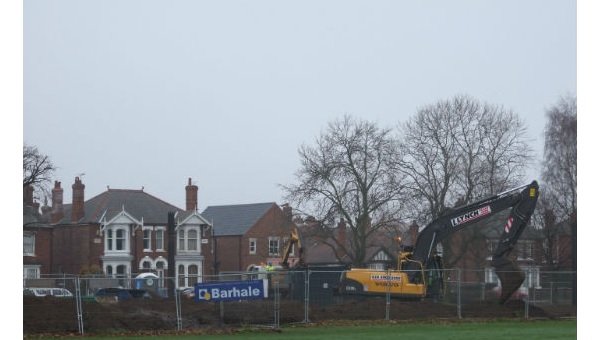 A survey has discovered that the Lincolnshire districts of Boston and South Holland have the least number of the total 280 million trees in England and Wales.

The first-ever complete tree count has been completed by the latest in aerial mapping technology.

And it has shown that, while leafy Surrey is Britain’s most tree-popular county with 40.6 per cent of land covered, the broad acres of Lincolnshire’s rich southern and eastern farmlands each only bear tree cover on 2.1 per cent.

It revealed that the highest concentration of trees was not in rural areas but surprisingly in Greater London and Surrey.

The resulting map shows seven of Surrey’s districts were in the top ten, with large swathes of dark green – representing a densely tree populated area – in London and the surrounding commuter belt.

Leicestershire-based Bluesky’s technical director James Eddy said: ‘If you think about driving around Surrey, it’s the big gardens and big houses with all the trees.

‘It’s strange – you’d think the big forests would be in the top ten. But the forests tend to be in more rural areas which are heavily farmed.”

And Bluesky hopes the data will be of use to a range of organisations including insurance companies and councils.