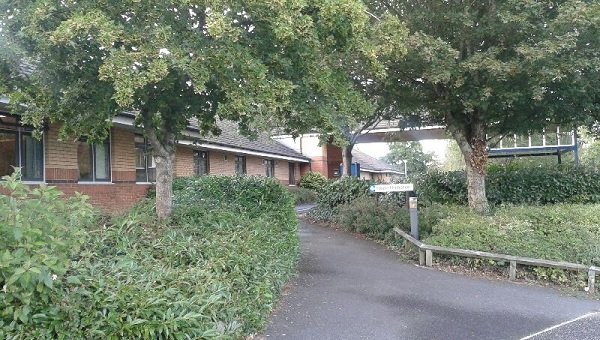 The chairman of a new East Devon District Council committee set up to discuss ways the district’s trees can be protected, resigned an hour into its divisive first meeting.

Only three members of the six strong tree protection task and finish forum (taff) attended the meeting this month, 14 months after its formation was backed.

Ottery St Mary ward member, Councillor Claire Wright, who is the Woodland Trust tree champion for Devon, said she has requested to be the committee chair due to her interest in trees.

After questioning why a vote hadn’t been taken over the chairmanship, opinion continued in a divisive way when the agenda item on the scope of the committee was discussed and Cllr Wright requested that the Local Plan – the council’s document setting out mass future development across the district – was included in the committee’s remit.

Cllr Howard explained that, because the committee did not have the power to change the Local Plan, it could be discussed, but not formerly included in the scope.

Cllr Wright branded this ruling as “petty” and warned that “broader strategic policy issues” could be restricted, if the Local Plan was excluded.

Disagreement then persisted, this time on the issue of whether the committee should consult national as well as local policy on tree protection.

Whereas Cllr Wright was in favour on this principle, as it would mean the committee could make recommendations to the Government, Cllr Howard disagreed.

Cllr Howard subsequently closed the meeting and resigned from the post as chairman.

He subsequently said he felt “disrespected” and “met with anger” resigned so his chairmanship could be “re-reviewed” by the Overview and Scrutiny Committee.

But Cllr Wright, refuted that she or Cllr Giles were “angry”, added: “We were surprised that the chairmanship had already been appointed contrary to normal procedure so merely enquired politely about this.

“There was no spirit of compromise – we had waited 14 months for the first meeting and I had been really looking forward to it.

“I was full of ideas and enthusiasm and hadn’t bargained for one block after another on our remit.”

Cllr Howard added: “I was in an invidious position,” he said.

“The Local Plan has been through its consultation stage so it’s too late to interfere with it.

“So I suggested making reference to it, but there being no point in formerly including it in the scope.

“The original motion for the committee to make reference to national policy was already dealt with and refused by full council in October 2013, so instead it was agreed that this taff should be set up.

“We are not in a position to resurrect the original motion.

“But on both of these points, we didn’t have a full committee in order to have a balanced opinion, so I had no alternative but to suspend the meeting, and then step down as chair to allow the Overview and Scrutiny Committee top re-review my chairmanship at the next meeting.

“In this way, I was clearing the way for sense and sensibility.”

He added: “It’s unfortunate, because we all want to do what we can to protect trees.

“I was met with anger from the outset and wish it had been a more calm meeting and my position wasn’t undermined in the first few minutes.

“We want to get back to the business of the taff and find working processes that protect our trees.”

The next meeting is due on January 26, and it will then make recommendations to the Overview and Scrutiny Committee in March.