Boost for new tree planting in north of England 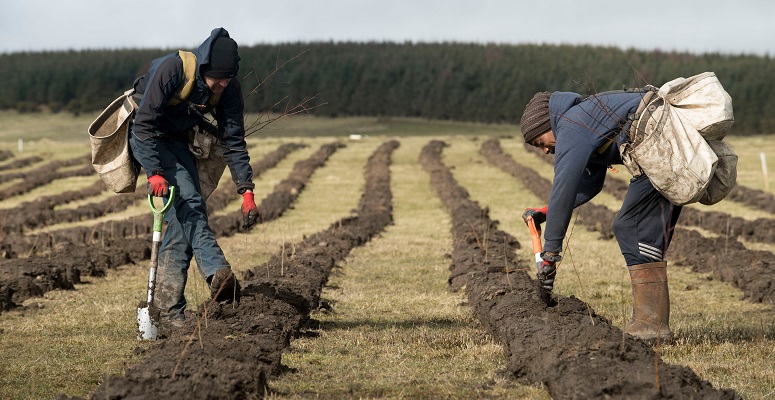 The UK Forestry Minister says he is “keen to explore” options for a Forestry Investment Zone (FIZ) in Northumberland – in a move which could help deliver a “step change in tree planting” in northern England.

David Rutley MP was responding to calls for a FIZ in the county in a joint letter, co-ordinated by forestry and wood trade body Confor, which showed strong cross-party and cross-sector support for the idea.

A FIZ would identify an area suitable for new planting and create a positive environment – in terms of policy and investment – to make it happen.

The letter to the Minister was signed by Confor CEO Stuart Goodall, The Woodland Trust, Friends of the Earth, Conservative leader of Northumberland County Council Peter Jackson, Labour MEP for North-East England Paul Brannen and EGGER, the largest private sector employer in the county.

In his reply to Mr Goodall, Minister Rutley said: “I am pleased to learn of the level of support you have secured across the sector and I understand the level of enthusiasm to launch a FIZ there. We are keen to explore options for a FIZ in Northumberland.”

The Minister recognises that the current focus of Forestry Commission is on the first FIZ pilot in North Cumbria and learning lessons from that. But, he goes on to say that he would: “welcome Confor starting to work with land managers, landowners, the local community, and others, to develop proposals for a FIZ model in Northumberland”.

He continues by saying that he is keen to visit Northumberland in the near future to “better understand what you think could be developed there”.
Mr Goodall said: “It is very positive that Minister Rutley recognises the broad-based support for a FIZ in Northumberland, wants Confor to take a key role in moving the idea forward – and is very keen to come to the county to see for himself how a FIZ could make a real difference to delivering greater productive tree plantingin England.

“We have shared his positive response with all the signatories of the letter and will continue to move forward in a collaborative way on this important project, which we hope can deliver a step change in tree planting in North East England.

“We are keen to work with all partners, including the Forestry Commission, to secure local support for a FIZ. It is vital to have broad backing as we develop a specific proposition that can deliver benefits to Northumberland’s economy, environment and communities.”