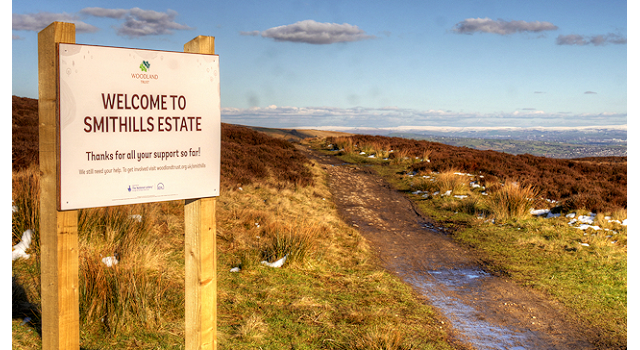 The start of the Northern Forest project is taking place on Smithills estate with the first of the 50-million trees. The first of the 130 pupils were members of the St Peter’s Smithills Dead Eco Club, with final planting reaching 1,200 trees from the children.

Parliamentary Under Secretary of State for the Environment, Thérèse Coffey, also attended and spoke about the government’s commitment to the project conceived by the Woodland Trust and England’s Community Forest.

Woodlands Trust CEO, Beccy Speight, comments: “The north in particular needs to benefit from investment of this kind, with woodland cover woefully meagre at just 7.6pc – far below the EU average of 44pc.”

Big Smithills funders planted a tree alongside Forestry Commission and Natural England representatives and a further 2,300 trees were planted by organisations including GVA, Selfridges, Phoenix Futures, Myerscough College and the Bolton Light Cinema.