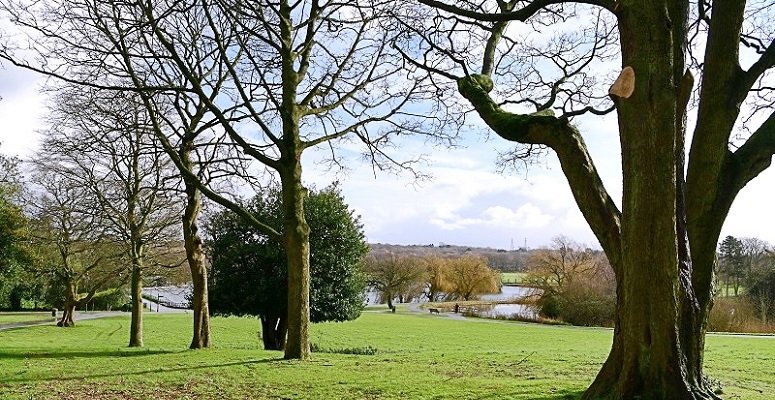 The ‘Black Country i-Tree Eco project’, which has been looking at the area’s urban forest, has now been published. The study gives detailed information on the size and structure of the trees in the region, and on the benefits they are providing to the people who live and work there. The results will help the Black Country to plan ahead for the future of its green spaces, helping to ensure they are sustainable for generations to come.

Understanding the structure and composition of an urban forest is vital to its conservation.  The Black Country study aimed not only to measure what trees are there, but also to identify what species exist, and what condition the trees are in.  By knowing what it has, the area can now identify gaps, and start to plan for future investment into its green spaces.

A key feature of the study was the measurement of the benefits the trees are delivering, with many of these being expressed in economic terms.  The study also includes a risk analysis of the trees, in terms of how susceptible they might be to pests, diseases and development.  This is essential if a treescape is to survive in the long term, and is useful for informing new planting initiatives and maintenance plans for existing trees.

The outputs from the study were surprising.  The Black Country is rarely associated with trees, yet it is estimated that the area has a tree population of around 1,950,000 trees which, if they had to be replaced, would cost the councils around £1.7 billion.  Furthermore, the value these trees have to the community (known as their amenity value), is assessed at a staggering £23.2 billion.

With so many trees, it is not surprising that the benefits delivered are substantial.  It is calculated that The Black Country’s trees remove over 62 tonnes of air-borne pollutants annually, a service valued at over £4 million each year, and remove 24,500 tonnes of carbon annually, valued at over £24 million per year.  They also divert over 614,000 cubic metres of storm water away from local sewers each year, which is worth an estimated £604,000 in avoided stormwater treatment costs.

Aside from the many ecosystem services the trees are providing, there are other, less quantified benefits, such as those linked to health and well-being, which cannot currently be measured using i-Tree.  With this in mind, the annual benefits figure of nearly £29 million is certainly an underestimation.

Other results include tree canopy cover, estimated to cover 15.4% of the Black Country.  The area also has a good population of native tree species.  This is important for biodiversity and ecology, however, the population of non-native trees will become increasingly important as our climate changes.  The Black Country has good species diversity, thanks to parks and private trees, but (like much of the UK) it relies fairly heavily on just a few species (English oak, Hawthorn and Silver birch).  Evening out this top-heavy population will help to improve resilience, and this is something the councils are looking to address.  In this respect, the Black Country is certainly taking a forward-thinking approach which will pay dividends in years to come, providing tangible benefits for future generations.

Tom Westley DL, chair of the Black Country LEP, said: “We welcome the findings of this report, not least as it reinforces what we in the Black Country already know, that we are an area that has many trees, both in our urban settings but also in the many and varied parks and open spaces across the Black Country.  This research demonstrates that our wealth of trees is supporting our ambitions as an area to deliver on our carbon neutral targets, as well as aiding us in removing air-borne pollutants. Plus, the wealth of trees are good for our well-being. This report will be hugely useful to all our Local Authority partners in their green strategies going forward.”

The urban forest is dynamic and needs to be annually replenished through strategic new tree planting.  As part of the i-Tree Eco project, The Black Country commissioned Treeconomics and its partners to create a ‘Tree Planting Opportunity Map’, highlighting hotspots for new planting.  The mapping exercise shows how much of an increase in canopy cover the area could achieve, if all actual plantable space were to become tree covered.  It also highlights those areas that would most benefit from tree planting e.g. those with high social deprivation and air pollution levels.  This exercise will certainly help the region to work towards its net zero targets and is another example of the forward-thinking approach it is taking in relation to its green infrastructure.

Kenton Rogers, director of Treeconomics, commented, “By valuing the benefits that its trees are providing, The Black Country now has an evidence base with which to mitigate for development impacts, inform land use changes and, through planned intervention, avoid losses to its natural capital.  The results of the study will certainly help the councils to make informed management decisions about their green infrastructure going forward.”

The report, prepared by Treeconomics, and entitled ‘Black Country: Natural Capital Valuation’, used software tool ‘i-Tree Eco’ to generate its analysis of the area’s urban forest.  To gather the initial data, 1000 sample plots were surveyed in Dudley, Wolverhampton, Sandwell and Walsall.  Those carrying out the data collection included not only experienced surveyors, but also volunteers from across the area.  The study was led by the Black Country Consortium, in partnership with Birmingham Tree People, Treeconomics, Barton Hyett Associates, and Forest Research.  The project was funded by the Woodland Trust’s Emergency Tree Fund.

Over 30 similar projects have now been carried out in the UK, following the success of the pilot i-Tree project in Torbay in 2010.