BIRMINGHAM TO BECOME A BIOPHILIC CITY 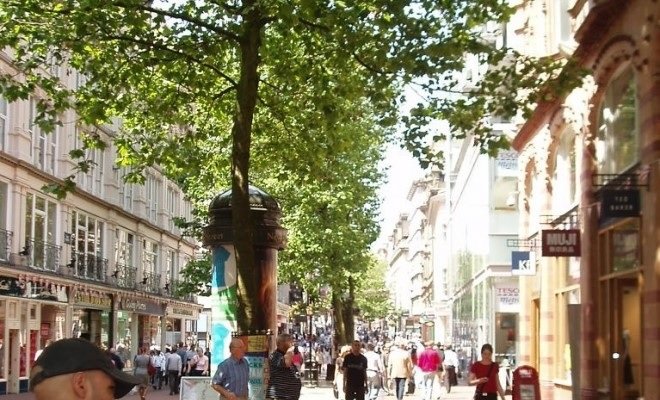 Birmingham City Council has signed up to full membership of the new global green cities group – the Biophilic Cities Network.

Making the announcement at the Institute of Chartered Foresters’ recent Trees, People and the Built Environment (TPBE II) conference, the council’s climate change and sustainability manager Nick Grayson explained that the Biophilic Cities Network comprises eight ‘pioneer cities’, all of which are at various stages of a ‘transformative journey from 19th or 20th century cities to new global 21st century cities; measuring their future success on their local and global imprint, on ecosystems and well-being’.

The Biophilic Cities Network was launched in October 2013, ‘in recognition of the need for people to access and respond to nature as part of their daily lives’.

‘One of the main purposes and principles of biophilic cities relates to equity – as the benefits of nature in cities are where people can easily access that natural environment,’ says Grayson. ‘By definition, therefore, Natural Health Improvement Zones [as set out in the LI position statement ‘Public Health and Landscape’] become a delivery mechanism for a biophilic city – as they target areas of poor environmental quality, in centres of urban population that are being exposed to high levels of air pollution together with other compound factors, such as areas of higher than average health needs.’

Also speaking at TPBE II, Tim Beatley, Teresa Heinz Professor of Sustainable Communities at the University of Virginia, and pioneer of the biophilic cities project, explained how he has built a network of cities ‘that consider the benefits of nature to their urban populations – including physical and mental health, economic and climate change benefits’, cities ‘committed to putting urban greening at the forefront of all planning decisions’. This includes the promotion of ‘biophilic design’, defined as ‘buildings, street furniture, and landscape architecture that include natural features and qualities: abundant daylight, natural ventilation, plants and trees’.

Biophilic cities ‘recognise the power of forests to heal us, reduce stress and help us,’ claims Beatley. ‘The idea of forest bathing [is the] notion of walking through a forest, stress levels go down, immune system is boosted.’