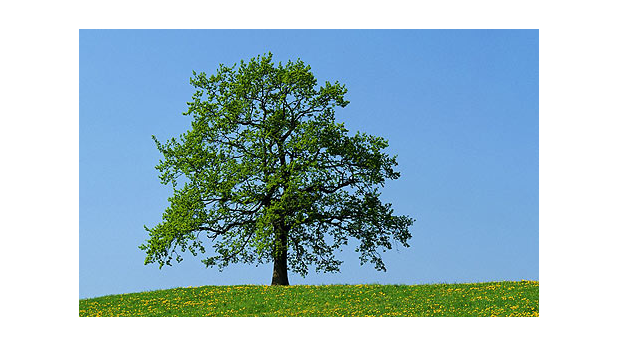 Last spring and over the summer, UK Physical Plant Division planted around 130 of the planned 430 new trees to be added to campus this year, said George Riddle, ground and garage manager for the physical plant division.

Oak trees line both sides of Euclid Avenue from Rose Street and the sidewalk from Euclid to the Funkhouser building is now shaded by honey locust leaves.

“Those we planted … to enhance the sense of space for those places,” Riddle said.

Other noticeable areas, like in the east bowl of W.T. Young Library and the front of the Main Building, have had trees planted that will frame and enhance the views of the areas. “(The library) can kind of absorb them without being overwhelmed,” Riddle said.

“I don’t know much about campus — it’s my first year — but I think it’s a good idea,” said physics freshman Davi Hutchins. “I think it’s beneficial to campus.”

The tree-planting this year is in addition to normal efforts to keep UK’s landscape more or less equal, Riddle said. The idea that form follows function is sort of repeated in tree-planting, Riddle said, with one caveat — space.

Planting initiatives have to stay far away from UK’s underground utilities, as well as consider any future building projects, while ensuring that major buildings remain visible for students and faculty, Riddle said.

Identifying areas that can use a lift is the next goal, Riddle said, as with the block across from the veterans’ hospital, which has received an influx of elms.

The planting started before the end of the school year and continued into early summer, until the weather grew hot about a month ago, Riddle said.

The warm weather could have shocked newly-transported trees, though the rain watered the trees more effectively than more watering systems can manage. Nursing freshman Kaylin Jackson had visited campus to see her cousin, who graduated last year, and said the changes in UK’s appearance were welcome.

“I think it’s an improvement,” Jackson said. “The trees look nice.” PPD will start digging again when the leaves fall, Riddle said, for another short window of planting before the spring.