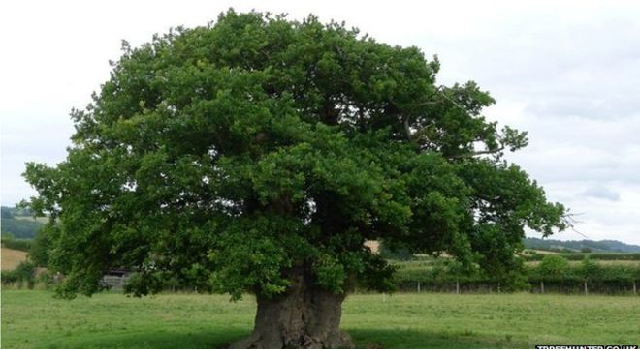 Campaigners in Powys want the route of a £56m road altered to save a 500-year-old oak tree.

The Newtown bypass, aimed at easing congestion in the town, is subject to a public inquiry.

Mervyn Jones owns the land the tree sits on and believes unless the road is built 15 metres away, the roots will be damaged and it will die.

A Welsh government spokesman said it is “aware of the issues” and is awaiting the outcome of the public inquiry.

Mr Jones told BBC Radio Wales: “We’re not trying to stop the bypass, we just want to save the tree.”

A campaign group on Facebook in support of saving the tree has 3,000 members.

The Welsh government spokesman said: “We are awaiting the outcome of a public inquiry. We will obviously give further consideration to the concerns raised.”